May 8, 2013
Kavli Institute for the Physics and Mathematics of the Universe (Kavli IPMU) 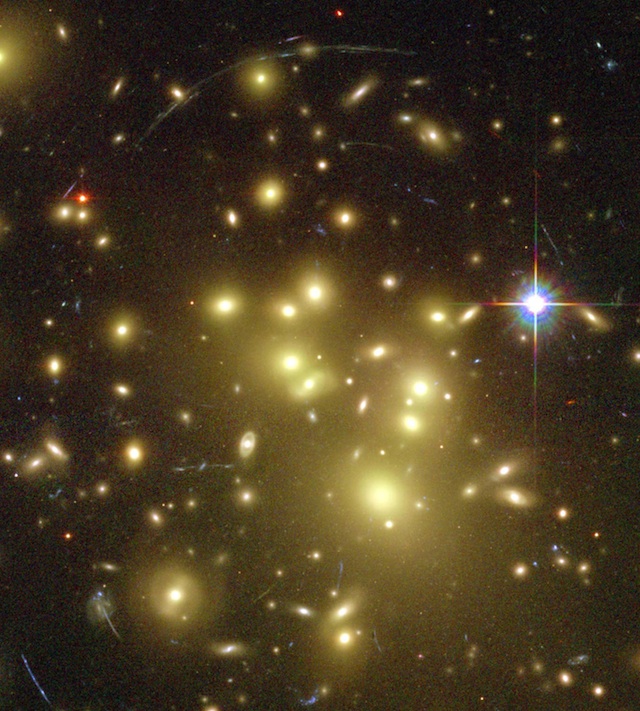 Astronomers are asking volunteers to help them search for “space warps.” More commonly known as “gravitational lenses,” these are rare systems with very massive galaxies or clusters of galaxies that bend light around them so that they act rather like giant lenses in space, creating beautiful mirages.

Anyone can participate in Space Warps project, which was launched on 8 May 2013. Visit www.spacewarps.org and spot these spectacular and rare astronomical objects using data from large astronomical surveys. Astronomy enthusiasts can partake in the discovery of these magnificent lenses and help astronomers uncover the role that dark matter plays in the formation of galaxies.

“Not only do space warps act like lenses, magnifying the distant galaxies behind them, but also the light they distort can be used to weigh them, helping us to figure out how much dark matter they contain and how it’s distributed,” said Dr. Phil Marshall, co-leader of the project at the University of Oxford.

The Space Warps project is a lens discovery engine. The first set of sky images to be inspected in this project is from the CFHT (Canada-France-Hawaii Telescope) legacy survey. “We have scanned the images with computer algorithms, but there are likely to be many more space warps that the algorithms have missed. Realistically simulated space warps are dropped into some images to train volunteers to spot them and reassure people that they are on the right track,” said Dr. Anupreeta More, co-leader of the project at the Kavli Institute for the Physics and Mathematics of the Universe (Kavli IPMU), the University of Tokyo.

Previous studies have shown that the human brain is much better at identifying lenses than current computer algorithms, and members of the public are as good at spotting astronomical objects as experts. The team describes the project as a collaboration between humans and computers, as data from the human volunteers will help to train computers to become better space-warp spotters.

“Even if individual visitors only spend a few minutes glancing over 40 or so images each, that’s really helpful to our research — we only need a handful of people to spot something in an image for us to say that it’s worth investigating,” said Dr. Aprajita Verma, another co-leader from the University of Oxford.

Joining the search is easy: visitors to www.spacewarps.org are given examples of what space warps look like and are shown how to mark potential candidates on each image. After identifying possible candidates in images, participants will be able to discuss them via an online forum with other volunteers and experts, and  create computer models of their discoveries. The final collection of space-warp candidates will be published for both amateur and expert astronomers to investigate further.

Following the CFHT legacy survey, other surveys will also be using Space Warps as a means to find lens systems in their data. For example, the Dark Energy Survey led by the United States and the Hyper Suprime-Cam survey led by Japan are interested in collaborating with Space Warps, too. Several upcoming large area surveys such as with Large Synoptic Survey Telescope and Euclid will certainly benefit from SpaceWarps.

*Space Warps is a citizen science project from www.zooniverse.org