For three days last month, high school students delved into solving the mysteries of the universe and learned about cutting edge developments in astronomy, physics, and mathematics from researchers at the Kavli Institute for the Physics and Mathematics of the Universe (Kavli IPMU).

The three-day camp during spring break is part of an event several universities and private companies take part in, which invites high school students to learn, observe and work together with scientists specializing in a variety of fields including life sciences, IT, environment, nanotechnology and material sciences, applied sciences, physics, chemistry, and mathematics to name a few. This spring, a total of 168 students were separated into groups and sent to 12 different locations. 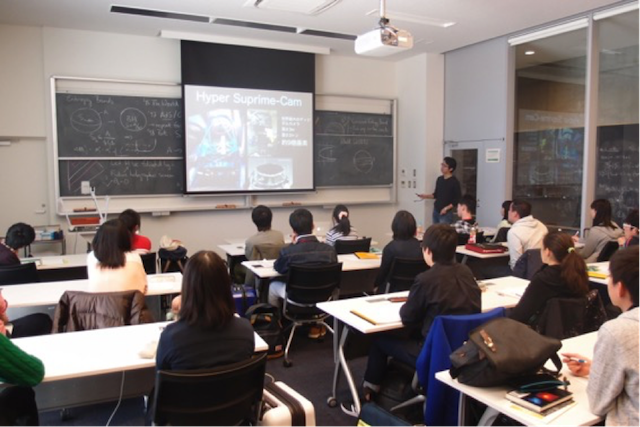 After battling fierce competition, 20 students clenched spots to visit the Kavli IPMU and take part in the institute’s “Spring Science Camp 2015: A challenge to unravel the mystery of the universe through astronomy, physics and mathematics”.

Starting from March 25, the students learned about the latest developments in research from a number of leading scientists. Professor Masahiro Takada took the students back 13.8 billion years to the beginning of the universe, explained how gravity affects objects floating in space, and finished by talking about what research is underway at the Subaru Telescope in Hawaii. 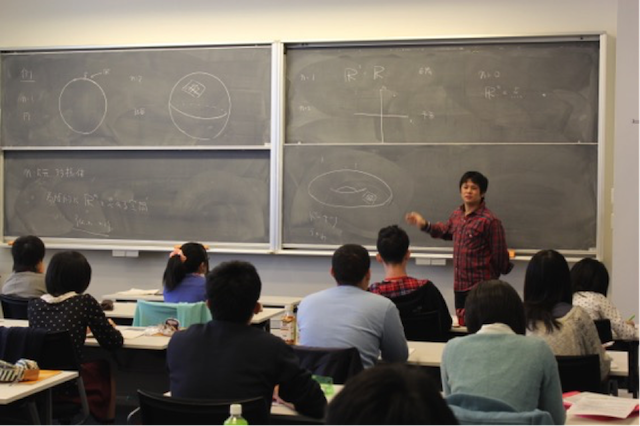 Algebraic geometry was the topic of Associate Professor Yukinobu Toda’s class, where he explained what the complicated Calabi-Yau manifold is, and about its existence in an extra dimensional universe.

To round off the lectures, Dr. Yoshihisa Obayashi gave a lecture about how very tiny particles invisible to the human eye are key to solving many of the universe’s mysteries. 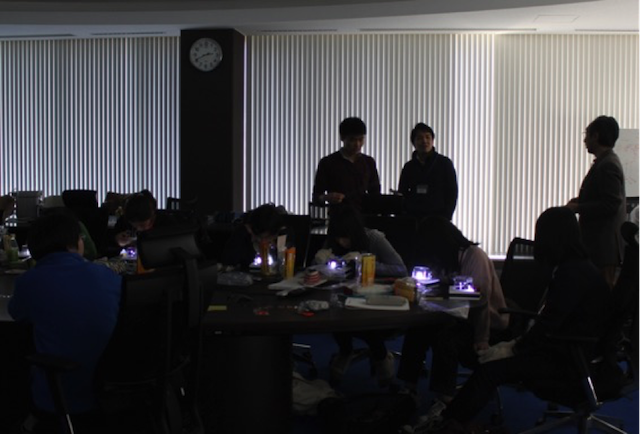 Observing particles by cloud chambers in Dr. Obayashi’s lecture on particle physics and the universe.

The experiments did not stop there. Astronomy experiments taught by Assistant Professor Nao Suzuki ranged from calculating gravitational acceleration using pendulums, calculating the depth of the Pacific Ocean, the distance to the moon, mass of the earth and the sun, and even the amount of dark matter in the galaxy. In addition, the students experienced the detection of dark energy using real data used in the first detection. While a number of Kavli IPMU graduate students and the University of Tokyo’s undergraduate students were on hand to help out with the calculations, the high school students showed they were more than capable, sometimes even beating the graduate students to the answer. 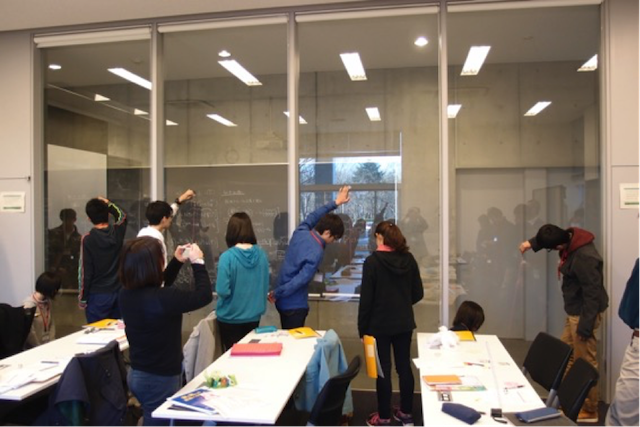 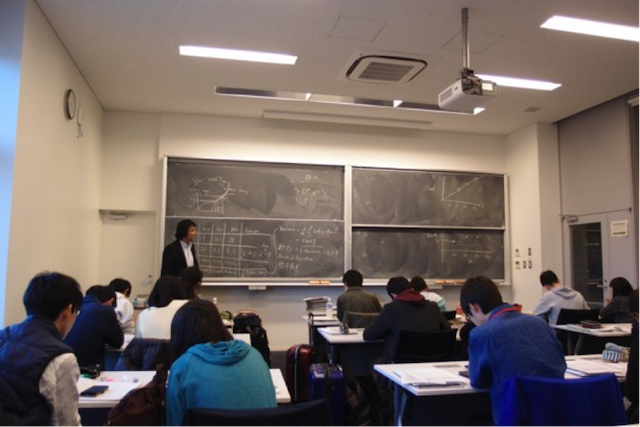 Besides classroom learning, the students were given plenty of time to interact with their teachers. They continued conversations from lectures, asked for advice on universities, and heard all about what it is like to become a scientist. 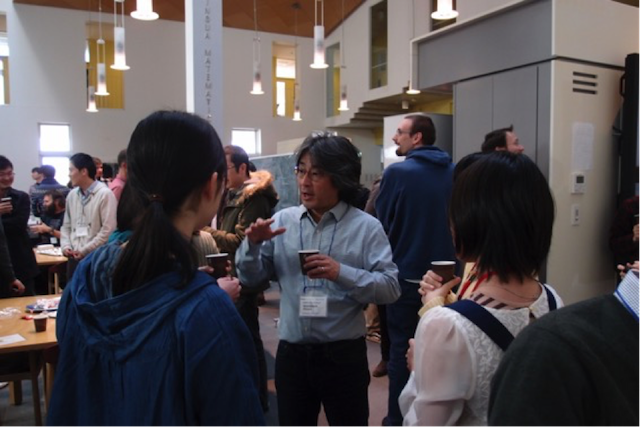 Students enjoying tea time with Kavli IPMU Director Hitoshi Murayama. The last day of camp was a chance for the students to talk about what they had learned. Then sadly, it was time to go home. But with a certificate in their bag and a ton of new stories to talk about, it is now time for them to become the next generation of curious minds. 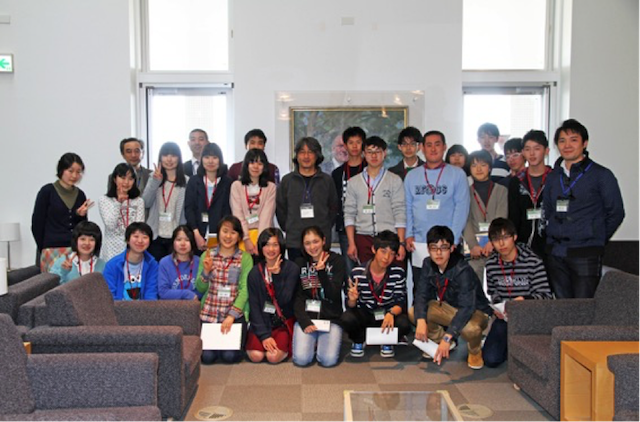