September 4, 2012
Kavli Institute for the Physics and Mathematics of the Universe (Kavli IPMU）

Kashiwa, Japan- The research group of Izumi Hachisu (The University of Tokyo), Mariko Kato (Keio University) and Ken'ichi Nomoto (Kavli IPMU, The Univiersity of Tokyo) discovered that a Type Ia supernova occurs after its companion star evolves into a faint helium white dwarf in many cases, given the fact that the white dwarf is spinning in the progenitor system.

Supernovae*1 are brilliant explosions of stars. Among them, Type Ia supernovae have been used as "standard candles", which has led to the discovery of the accelerating expansion of the Universe. Type Ia supernovae are also important to study as they are the main producer of iron group elements in the Universe. Type Ia supernovae are accepted as thermonuclear explosions of carbon-oxygen white dwarfs*2 in binary star systems*3. However, the debate still continues over two possible progenitor scenarios: one is that two carbon-oxygen white dwarfs coalesce and then explode (Double Degenerate [DD] scenario), and the other is that a white dwarf, accreting mass from its companion star, increases its mass and then explodes (Single Degenerate [SD] scenario).

Their paper has been published in the September 1, 2012 issue of The Astrophysical Journal Letters.

In the SD scenario for Type Ia supernovae, a white dwarf receives gas from its companion star. There are two types of companion stars: a red-giant (Figure 1) and a main-sequence star*5 (Figure 2). The mass of the white dwarf approaching the critical mass limit triggers a thermonuclear explosion in the white dwarf, which grows into a Type Ia supernova.For the spherical white dwarf (adopted in the previous scenario), this critical mass limit is the Chandrasekhar mass (about 1.4 times the mass of the Sun). 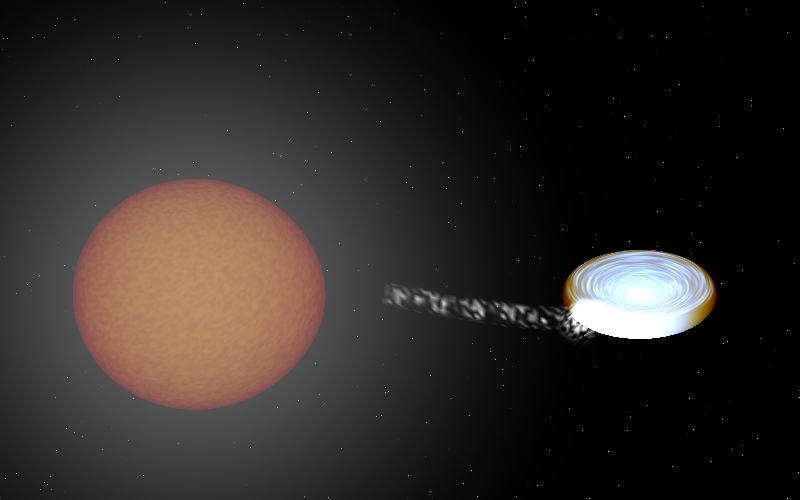 Figure 1: Configuration of progenitor binary system in the case of a red-giant (left) and a white dwarf (right, but too small to be seen). Gas is flowing from the red-giant. The white dwarf accretes a part of the gas through the accretion disk (blue white disk around the white dwarf). T Coronae Borealis and RS Ophiuchi are typical examples. 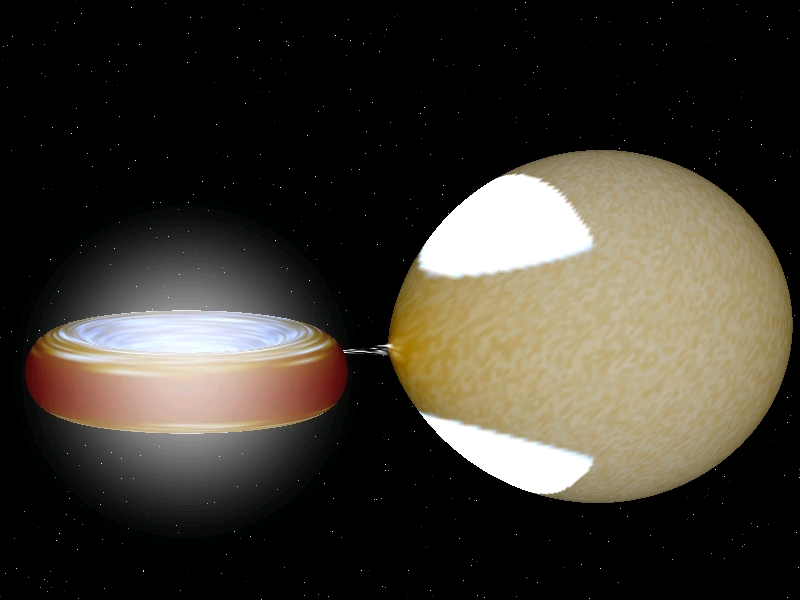 Figure 2: Another configuration of progenitor systems: a very heavy white dwarf (left, but too small to be seen) and a main-sequence star (right). The accretion disk around the white dwarf is rather bright because the mass accretion rate is quite high in this case. U Scorpii is an example. The mass of the white dwarf is so heavy as 1.37 times the mass of the Sun, very close to the Chandrasekhar mass limit. The distance between the two stars is rather short compared with the distance in Figure 1, about one tenth to one hundredth. 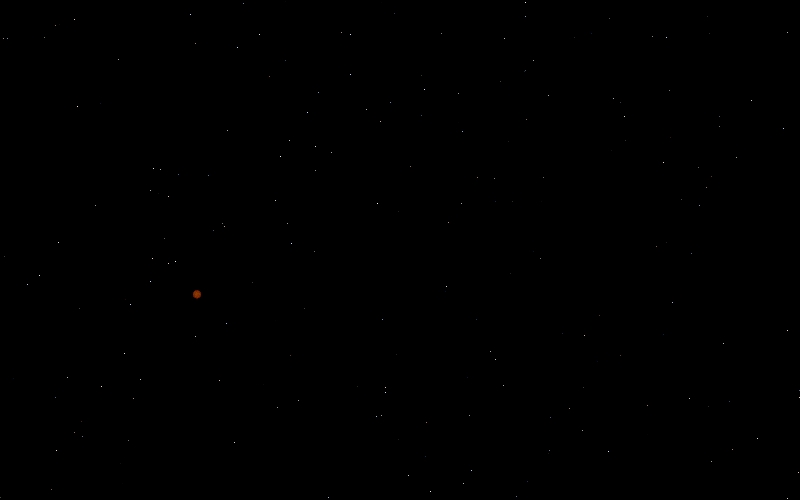 Figure 3: Configuration of progenitors just before a Type Ia supernova explosion that this study predicts in most cases. The white dwarf (right, unseen) supposed to be exploding becomes too dark and another white dwarf (left slightly seen in red) is also very faint. This study found that most progenitors are observed as in this figure before the explosion.

A supernova is a phenomenon in which a star explodes in the final phase of its life. There are two types: Type I and Type II. The Type I does not show hydrogen in the spectra. Among these, Type Ia are explosions of white dwarf stars. The other group,Type II, are explosions of massive stars (initially more than 8 times the mass of the sun). The Type II supernovae show hydrogen in their spectra near maximum light.

A light star (8 times or less the mass of the Sun) can produce a heavily condensed body of carbon and oxygen (sometimes helium) at the end of its life called a white dwarf. The size is as large as the Earth, but the mass is as heavy as the Sun. Strong gravity is balanced by the quantum mechanical force, degeneracy pressure, so white dwarfs are called “degenerate stars.” In a usual circumstance, white dwarfs remain alone and do not erupt.

A binary star is a star system consisting of two stars orbiting around their common center of mass. If two stars are separated faraway, each star evolves similarly to a single star. When two components in binary star systems are close enough, however, they can exchange mass, which may bring their evolution to stages that single stars cannot attain. Such a close system of binary stars is called a "close binary." For example, the progenitors of both novae and Type Ia supernovae are close binaries.

The radiuses of some stars can expand to tens or hundreds of times the radius of the Sun after they have consumed the hydrogen fuel in their cores. Such an inflated star is called a red giant. A tenuous envelope mainly composed of hydrogen gas surrounds a small, high-density central core composed of elements are heavier than helium.

Stars with central hydrogen nuclear burning are called “main-sequence stars,” being composed mainly of hydrogen and helium. The sun is a main sequence star. The size and brightness of stars change during their life. Stars evolve from a protostar through a main-sequence star, a red-giant star, and finally a white dwarf (or a neutron star and a black hole).

When two stars are in a close, binary system, each star evolves differently than if they were far apart. For example, in close binary, the gas in the envelope of a red giant is not so strongly pulled a central core, so it can be stripped away by the partner star's gravity. The SD theory states that a white dwarf accretes gas from its neighbor until it becomes too heavy and reaches a mass limit. On the other hand, DD systems form after this loosely bound gas has been blown away. The DD systems undergo different evolutionary progresses from those of the SD. The SD theory takes into account the effects of gas released (in a form of wind) from the white dwarf during accretion.