February 19, 2013
Kavli Institute for the Physics and Mathematics of the Universe (Kavli IPMU) 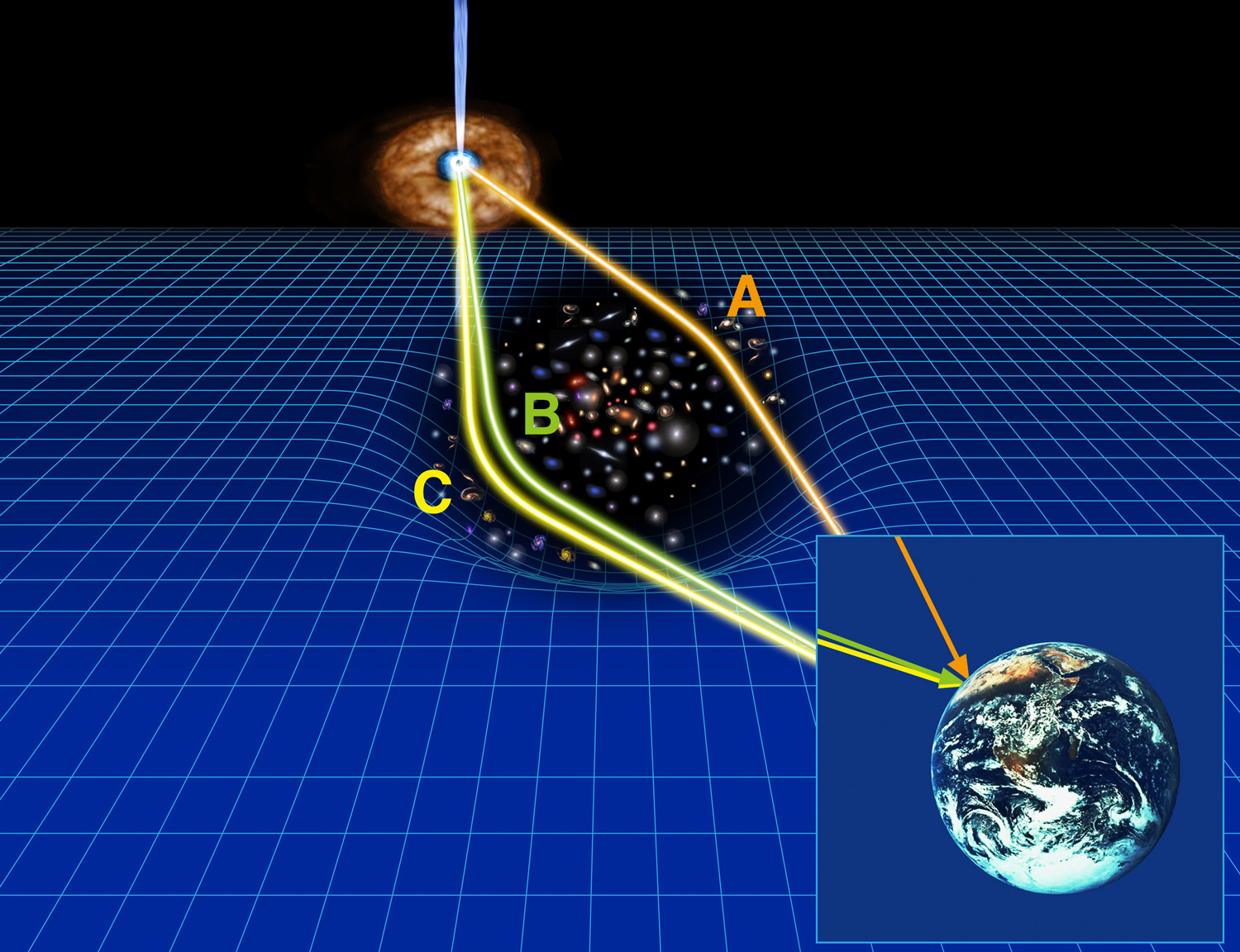 A Japanese team of astronomers, Including Masamune Oguri at Kavli IPMU, has used the Subaru Telescope to observe a distant gravitationally-lensed quasar and probed an active galactic nucleus in its central region. Looking through multiple sight lines, the astronomers obtained a 3-D view of the quasar and discovered complex small structures inside outflows from the galactic nucleus. These outflows will spread widely and eventually affect the evolution of the host galaxy.

The research paper on which this release is based was published on-line in the January 15, 2013 edition of The Astronomical Journal: T. Misawa et al., "Spectroscopy along Multiple, Lensed Sight Lines through Outflowing Winds in the Quasar SDSS J1029+2623", vol. 145, issue 2, article id. 48 (2013).