April 5, 2013
Kavli Institute for the Physics and Mathematics of the Universe (Kavli IPMU)

Kashiwa, Japan -- Observational results of the Hubble Space Telescope announced in March 2013 confirmed the theoretical prediction by the Bersten team at the Kavli Institute for the Physics and Mathematics of the Universe that the yellow supergiant star found at the location of supernova SN 2011dh in the famous nearby galaxy M51 was indeed the star that exploded.

The nature of the progenitor star (or progenitor system) of core-collapse supernovae and the origin of their diversity are important open questions in the field of astrophysics. It has been believed that most massive stars explode when they become red supergiants, or, alternatively, blue compact stars (the so-called Wolf-Rayet stars).

The supernova SN 2011dh that appeared in the M51 galaxy (Figure 1) revealed a different story. Two groups of astronomers independently detected a yellow supergiant (YSG) star at a location closely matching that of the supernova in archival images obtained with the Hubble Space Telescope (HST) before the supernova explosion. A question then arose as to how such a star could undergo a supernova explosion. The YSG phase is an intermediate, short-lived stage in the evolutionary models of single stars, during which no supernova explosions are expected to occur.

Based on early optical and radio observations of SN2011dh, some researchers claimed that the actual progenitor must have been a blue compact object and the detected YSG star could have been a companion of the exploded star, or even an unrelated object that matched the projected supernova location by chance.

However, the Bersten team at the Kavli Institute for the Physics and Mathematics of the Universe (Kavli IPMU) presented theoretical evidence that the progenitor was a YSG star, by modeling the early time optical emission using hydrodynamical calculations. As shown in Figure 2, the observed early emission was successfully reproduced with solely the YSG star hypothesis. The team also carried out stellar evolution calculations for a system of two massive stars in a close orbit. They obtained a pre-supernova configuration that matched closely the observations of the YSG object in the pre-supernova images and had a core mass consistent with their hydrodynamic modeling. Their calculations thus predicted that once the supernova has faded enough, the YSG will disappear from view, and the companion could be discovered with deep observations in the blue range of the spectrum. (See the web release on Sep. 28, 2012 for details.)

In March 2013, the HST imaging observational result that showed the disappearance of the YSG star was announced (Figure 3). [ http://www.astronomerstelegram.org/?read=4850 ] The prediction by the Bersten group that the YSG would not be found was eventually confirmed by the observation.

With the explosion of the YSG star confirmed, there is one last piece of the puzzle that still needs to be proved: the existence of the companion star predicted by the binary model. According to the calculations, at the moment of the supernova explosion, the companion should be a massive, blue star. Because of its high surface temperature, this star should emit mostly in the ultraviolet range, with a negligible contribution to the total flux of the system in the optical range. The companion was faint enough not to be detected in the pre-supernova images of the space telescope. But in the near future, as the supernova continues to fade, the relatively faint companion star can be recovered. A team at the Kavli IPMU (Folattelli et al.) has thus proposed to perform deep observations with the HST and the Subaru Telescope in 2014 to provide a definitive test for the validity of their models. 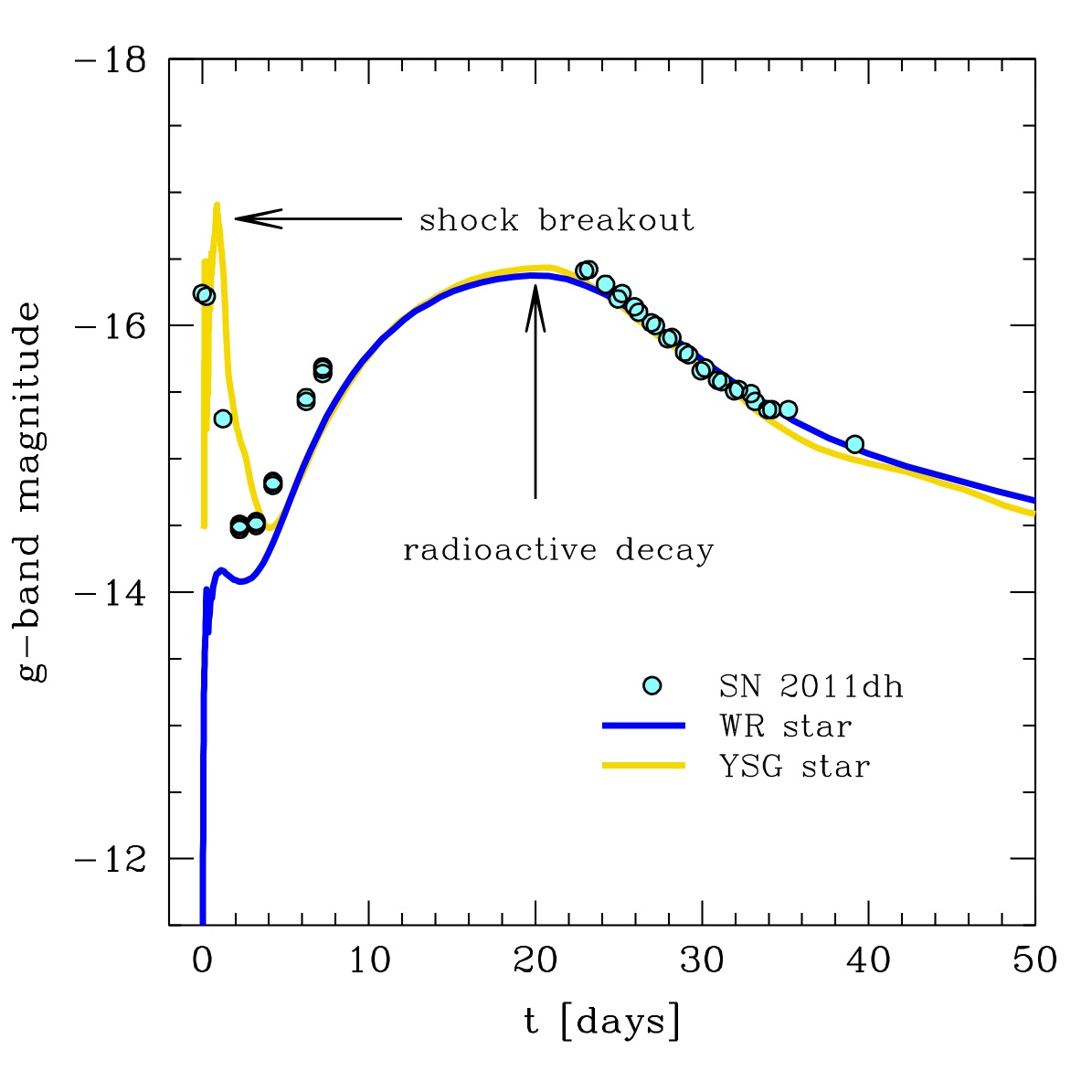 Figure 3: HST images obtained several years before (left) and almost two years after (right) the explosion of SN 2011dh. From the comparison between these two images it is evident that the yellow supergiant star present in the pre-explosion image has disappeared, and we now see a dimmer remnant of the supernova. This was recently reported in the Astronomical Telegram #4850 by Schuyler D. Van Dyk (IPAC/Caltech), Alexei V. Filippenko, Ori Fox, Patrick Kelly (UC Berkeley), and Nathan Smith (University of Arizona). Image credit: Schuyler D. Van Dyk. 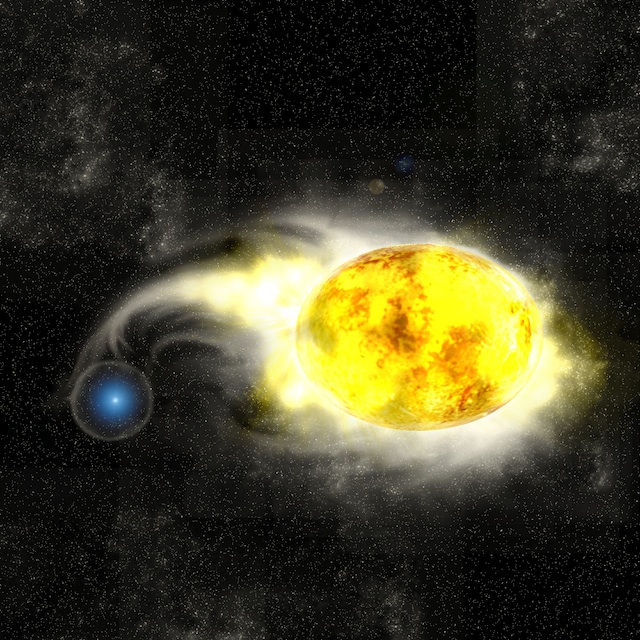 Figure 4: Artist's conception of the progenitor system of SN 2011dh. The system consists of a blue compact star and a yellow supergiant. Credit: Kavli IPMU/Aya Tsuboi

Melina C. Bersten, Kavli Institute for the Physics and Mathematics for the Universe, TODIAS, University of Tokyo, Post doctoral researcher