Sep. 2, 2014
Kavli Institute for the Physics and Mathematics of the Universe (Kavli IPMU) 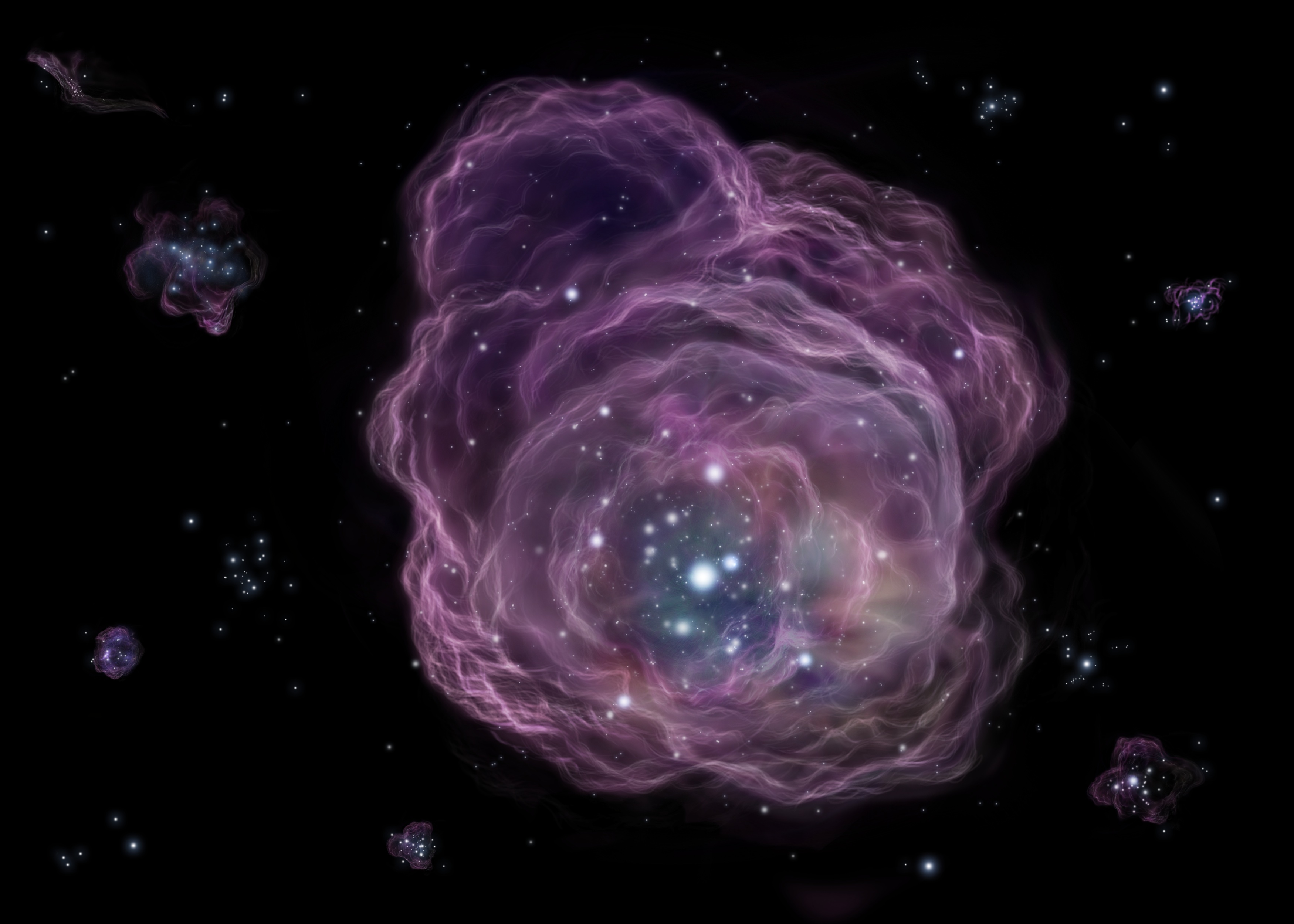 Artist's rendition of massive, luminous first-generation stars in the Universe which would form a cluster.  (Credit: NAOJ)

Using the Subaru Telescope, a team of astronomers from the National Astronomical Observatory of Japan (NAOJ), Konan University, the University of Hyogo, the University of Notre Dame, and New Mexico State University discovered a low-mass star, SDSS J0018-0939, that exhibits peculiar chemical abundance ratios. These peculiar ratios may be due to the influence of a first-generation very massive star and thus this discovery might provide new insights on the evolution of very massive stars and their nucleosynthesis. A member of the team, associate professor Nozomu Tominaga at Konan University is also a visiting scientist at the Kavli IPMU.

SDSS J0018-0939, a low-mass star with about half the mass of the Sun, is located in the constellation Cetus about 1000 light years away. First generation stars are thought to have formed from a gas of hydrogen and helium because there are no heavy elements in the early universe after the Big Bang. Because SDSS J0018-0939 has a very low abundance of heavy elements, it is likely to be a second-generation star influenced by a first-generation massive star.

SDSS J0018-0939 contains 300 times less iron than the Sun, although this ratio is not small relative to those of other second-generation stars. However, it exhibits a very peculiar set of chemical abundance ratios; specifically, abundances of most of elements other than the iron group elements are  smaller than that of iron. These features indicate that SDSS J0018-0939 had been enriched by a first-generation very massive star. This implies the existence of the first-generation very massive stars in the early universe and strongly supports the results of recent simulations.

If the existence of a first-generation very massive star is confirmed in the future, this finding will activate not only studies of star formation and galaxy formation but also theoretical studies.
This research result was published in Science on August 22, 2014