September 24, 2015
Kavli Institute for the Physics and Mathematics of the Universe  (Kavli IPMU) 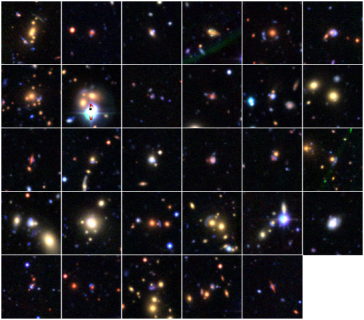 Gravitational lens systems are massive galaxies that act like special lenses through their gravity, bending the light coming from a distant galaxy in the background and distorting its image. Dark matter around these massive galaxies also contributes to this lensing effect, and so studying these gravitational lenses gives scientists a way to study this exotic matter that emits no light.

Since gravitational lenses are rare, only about 500 of them have been discovered to date, and the universe is enormous, it made sense for researchers to call on an extra pair of eyes to help scour through the mountain of images taken from the Canada-France-Hawaii Telescope Legacy Survey (CFHTLS). Details of the discoveries will be published in Monthly Notices of the Royal Astronomical Society.

“Computer algorithms have been somewhat successful in identifying gravitational lenses, but they can miss lensed images that appear similar to other features commonly found in galaxies, for example the blue spiral arms of a spiral galaxy,” said Anupreeta More, co-principal investigator of Space Warps and project researcher at the University of Tokyo’s Kavli Institute for the Physics and Mathematics of the Universe.

“All that was needed was the ability to recognise patterns of shapes and colours,” said citizen scientist and paper co-author Christine Macmillan from Scotland. “It was fascinating to look at galaxies so far away, and realize that there is another behind it, even further away, whose light gets distorted in an arc.”

Not only did this project give the public a chance to make scientific discoveries, it also gave them a chance to develop as researchers themselves. “I benefited from this project with an increase of my knowledge and some experience on making models of lenses,” said citizen scientist and paper co-author Claude Cornen from France.

More, and two other collaborators, Phil Marshall at the Kavli Institute for Particle Astrophysics and Cosmology, Stanford University, and Aprajita Verma at the Department of Physics, University of Oxford, are co-principal investigators of Space Warps, which taps into the unique strength of humans in analysing visual information essential for finding gravitational lenses.

The team will now move onto studying some of the interesting gravitational lens candidates by observing them with telescopes to uncover some of the mysteries related to dark matter. They are keen to work together with more volunteers in the near future as they are preparing new images from other ongoing imaging surveys to discover many more lenses. 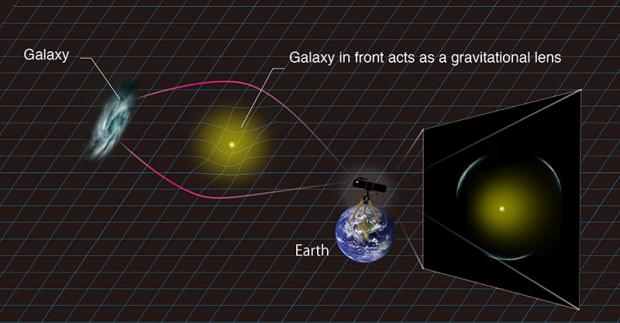 Figure 2: How one galaxy’s image appears distorted due to another galaxy (credit: Kavli IPMU)

All images can be downloaded from this page: http://web.ipmu.jp/press/20150903-SpaceWarps

To download preprint of another paper also accepted to MNRAS journal that describes the details of Space Warps, click here.

Anupreeta More
Project Researcher, Kavli Institute for the Physics and Mathematics of the Universe
E: anupreeta.more_at_ipmu.jp
* Please change _at_ to @