June 23, 2016
Kavli Institute for the Physics and Mathematics of the Universe (Kavli IPMU)

A scene capturing blackboards in the Piazza Fujiwara was named a winning photo at the first UTokyo Photography Contest on June 6.

The contest, organised by the Division of International Affairs of the University of Tokyo, invited students, staff, faculty, and graduates to submit pictures that depicted “Excellence”, “Mobility”, or “Diversity”. These keywords describe the “Constructing a Global Campus Model at UTokyo” initiative, and are connected to the main principle of President Makoto Gonokami’s “The University of Tokyo: Vision 2020 – Synergy between Excellence and Diversity”.

Kavli Institute for the Physics and Mathematics press officer Motoko Kakubayashi was named a winner in the “Excellence” category for her photo titled “Blackboard communication”.

“I wanted to show the rest of the university and a wider audience what the researchers here do every day. I believe this win celebrates the high level of excellence and significance of the research everyone carries out here, and would like to thank all of the staff and researchers here for their support,” said Kakubayashi.

The photos will be used in the future to promote university activities. 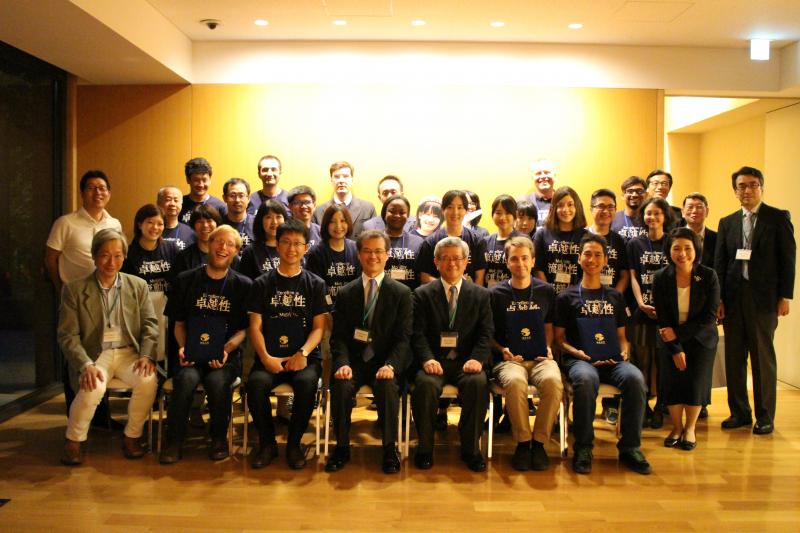