December 6, 2016
Kavli Institute for the Physics and Mathematics of the Universe (Kavli IPMU)

On December 3, 2016, Kavli IPMU Principal Investigator Kyoji Saito was awarded the 1st Kiyoshi Oka Prize. The award ceremony was held at the beginning of the 15th Oka Symposium at Nara Women's University, located in Nara City. 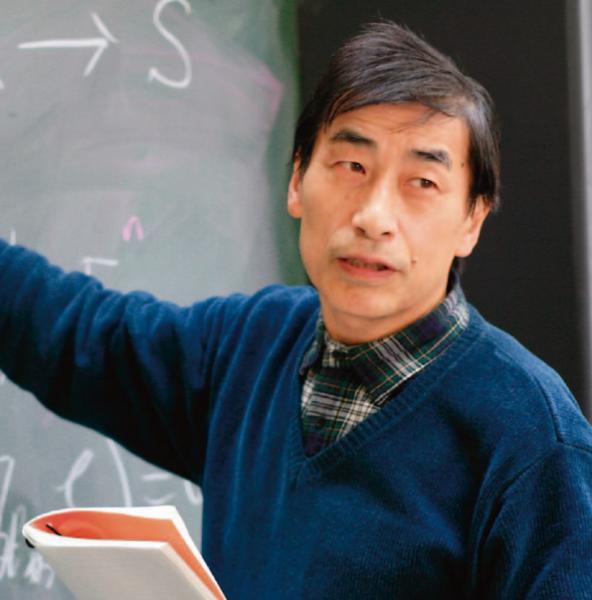 The award bears the name of world-famous mathematician Kiyoshi Oka, who was a professor emeritus at Nara Women's University and devoted also to the higher education of women.

Established in 2016, the prize is given to a mathematician who creates a basis for the advancement of mathematics by finding solutions that lead to new discoveries or by exploring original and creative ideas.

Principal Investigator Saito is a world-leading mathematician in the field of complex geometry. He has been working on various subjects in complex geometry and representation theory and has contributed to the development of mathematics.

In particular, his work on primitive forms and their period maps, and on elliptic Lie algebras and their representation theory has had a wide influence not only in mathematics but also in physics, including superstring theory and topological field theory.

In receiving the award, Saito said: “I have profound respect for Kiyoshi Oka and his achievements in revealing the deep nature of complex analytic functions, including coherency, convexity, Oka principle and so on. My work in mathematics is strongly based on his pioneering research. As one of the mathematicians looking to go beyond Oka's mathematics, I am grateful to receive a prize that honors him.”

In addition, Kavli IPMU Director Hitoshi Murayama said: “The fact that Professor Saito was awarded the inaugural Kiyoshi Oka Prize is testament to the great impact his research has made not only in mathematics but also in physics. We are extremely proud that we have such a wonderful scientist on our staff at Kavli IPMU.”

For more on Saito’s work: