September 5, 2016
Kavli Institute for the Physics and Mathematics of the Universe (Kavli IPMU) 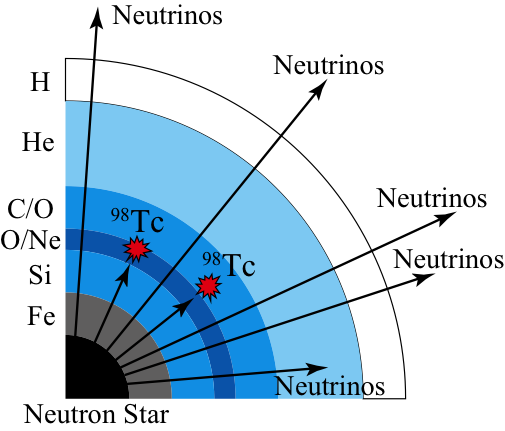 A team of researchers has theoretically predicted that an unstable isotope Technetium-98 (98Tc) could be synthesized by neutrinos emitted from supernova explosions. 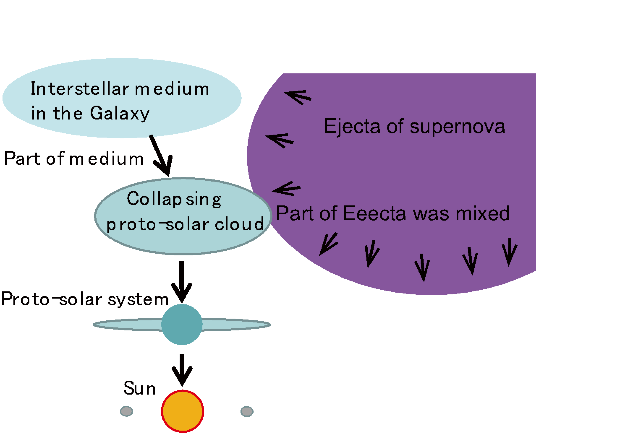 At the present study, first, it was found the possibility that 98Tc may be synthesized by the neutrino process.

Next, the expected 98Tc abundance was calculated using a supernova explosion model with the neutrino-nucleus interactions involved.

As a result, it was found that 98Tc neutrino-process nucleosynthesis is the large contribution (∼20%) from charged current reactions with electron anti-neutrinos. It was shown that if the initial abundances of 98Tc were to be precisely measured, the 98Tc nuclear cosmochronometer could be used to evaluate the initial abundance of 98Tc and the duration time from the last core-collapse supernova to the formation of the solar system.

The present result is also important for the average temperatures of the six neutrinos and astronomical observation of the electron anti-neutrino.

This work was published in Physical Review Letters this week.

Click here to view the press release from the National Institutes for Quantum and Radiological Science and Technology.