April 2, 2019
Kavli Institute for the Physics and Mathematics of the Universe (Kavli IPMU) 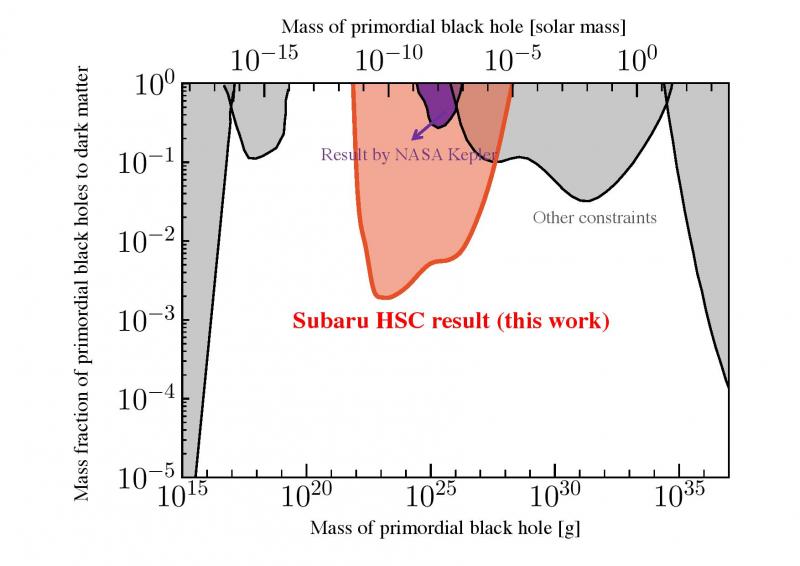 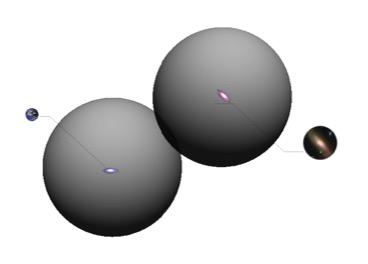 An international team of researchers has put a theory speculated by the late Stephen Hawking to its most rigorous test to date, and their results have ruled out the possibility that primordial black holes smaller than a tenth of a millimeter make up most of dark matter. Details of their study have been published in this week’s Nature Astronomy.

Scientists know that 85 per cent of the matter in the Universe is made up of dark matter. Its gravitational force prevents stars in our Milky Way from flying apart. However, attempts to detect such dark matter particles using underground experiments, or accelerator experiments including the world’s largest accelerator, the Large Hadron Collider, have failed so far.

This has led scientists to consider Hawking's 1974 theory of the existence of primordial black holes, born shortly after the Big Bang, and his speculation that they could make up a large fraction of the elusive dark matter scientists are trying to discover today. 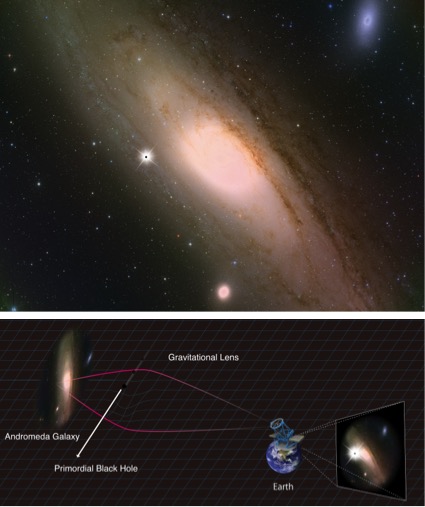 An international team of researchers, led by Kavli Institute for the Physics and Mathematics of the Universe Principal Investigator Masahiro Takada, PhD candidate student Hiroko Niikura, Professor Naoki Yasuda, and including researchers from Japan, India and the US, have used the gravitational lensing effect to look for primordial black holes between Earth and the Andromeda galaxy. Gravitational lensing, an effect first suggested by Albert Einstein, manifests itself as the bending of light rays coming from a distant object such as a star due to the gravitational effect of an intervening massive object such as a primordial black hole. In extreme cases, such light bending causes the background star to appear much brighter than it originally is.

However, gravitational lensing effects are very rare events because it requires a star in the Andromeda galaxy, a primordial black hole acting as the gravitational lens, and an observer on Earth to be exactly in line with one another. So to maximize the chances of capturing an event, the researchers used the Hyper Suprime-Cam digital camera on the Subaru telescope in Hawaii, which can capture the whole image of the Andromeda galaxy in one shot. Taking into account how fast primordial black holes are expected to move in interstellar space, the team took multiple images to be able to catch the flicker of a star as it brightens for a period of a few minutes to hours due to gravitational lensing. 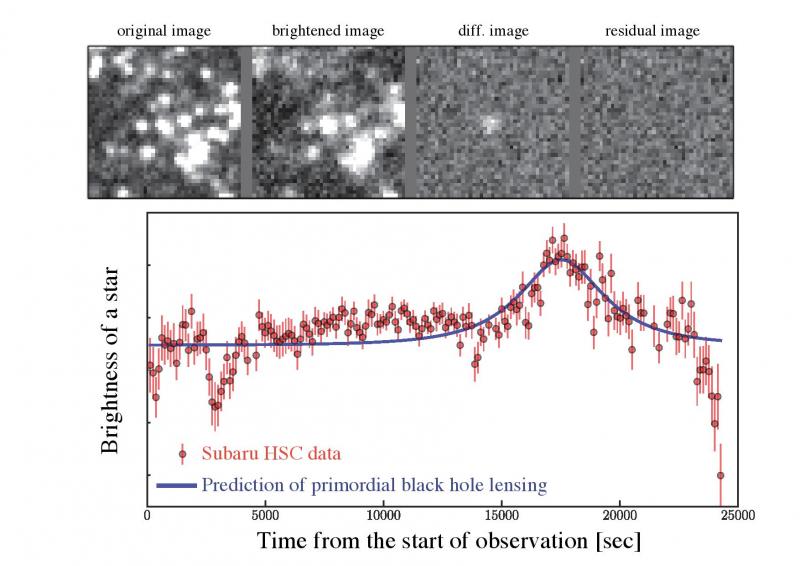 From 190 consecutive images of the Andromeda galaxy taken over seven hours during one clear night, the team scoured the data for potential gravitational lensing events. If dark matter consists of primordial black holes of a given mass, in this case masses lighter than the moon, the researchers expected to find about 1000 events. But after careful analyses, they could only identify one case. The team’s results showed primordial black holes can contribute no more than 0.1 per cent of all dark matter mass. Therefore, it is unlikely the theory is true.

The researchers are now planning to further develop their analysis of the Andromeda galaxy. One new theory they will investigate is to find whether binary black holes discovered by gravitational wave detector LIGO are in fact primordial black holes.

Research contact
Masahiro Takada
Principal Investigator
Kavli Institute for the Physics and Mathematics of the Universe
University of Tokyo
E-mail: masahiro.takada_at_ipmu.jp
* Change _at_ to @