August 9, 2016
The University of Tokyo Institutes for Advanced Study
Kavli Institute for the Physics and Mathematics of the Universe 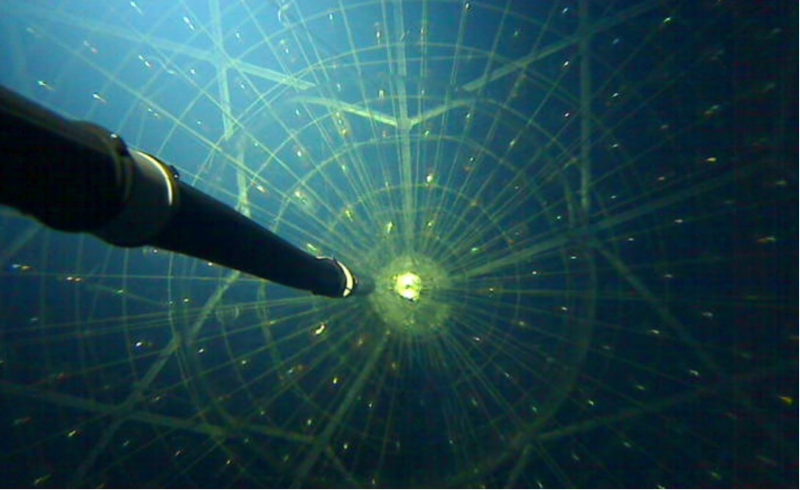 The ultra-low background KamLAND-Zen detector, hosted by the Research Center for Neutrino Science (RCNS) at Tohoku University in collaboration with the Kavli Institute for the Physics and Mathematics of the Universe (Kavli IPMU) at the University of Tokyo and other international institutes, demonstrates the best sensitivity in the search for neutrinoless double-beta decay, and sets the best limit on the effective Majorana neutrino mass. The basic theory of neutrinoless double-beta decay was suggested in the 1930s.

The physicist Ettore Majorana hypothesized that the uncharged neutrino particle could be its own antiparticle, and thus could be annihilated by itself. The search for neutrinoless decay is the most practical experimental probe for the neutrino-antineutrino identity. However, there has been no experimental evidence so far. Recent neutrino measurement results revealed that neutrinos have a tiny mass, and Majorana’s hypothesis could be of decisive importance in constructing a theoretical mechanism to realize these tiny masses.

A number of experiments world-wide, using different technologies, are in competition to discover neutrinoless decay. The KamLAND-Zen experiment succeeded in dramatically improving the neutrinoless decay search limit by combing an ultra-low background detector with an unprecedented amount of xenon-136, the isotope where the double-beta decay occurs. Under the assumption of the neutrino-antineutrino identity, the non-detection constrains the mass scale of neutrinos, close to the so-called inverted hierarchy scale. This result demonstrates great potential for further investigation of the neutrino mass.

Please see the press release of Tohoku University. Details of the paper will be published in this week's Physical Review Letters.

John Amari
Press Office
Kavli Institute for the Physics and Mathematics of the Universe
Institutes for Advanced Study
The University of Tokyo
TEL: +81-04-7136-5980
E-mail: press_at_ipmu.jp
*change _at_ to @