January 17, 2017
Kavli Institute for the Physics and Mathematics of the Universe (Kavli IPMU)

On January 12, 2017, Kavli IPMU Project Professor and the University of Tokyo’s Graduate School of Science Professor Naoki Yoshida was awarded the 13th Japan Academy Medal. The award follows on from that given to Professor Yoshida by the Japan Society for the Promotion of Science (JSPS), which was announced in December 2016. 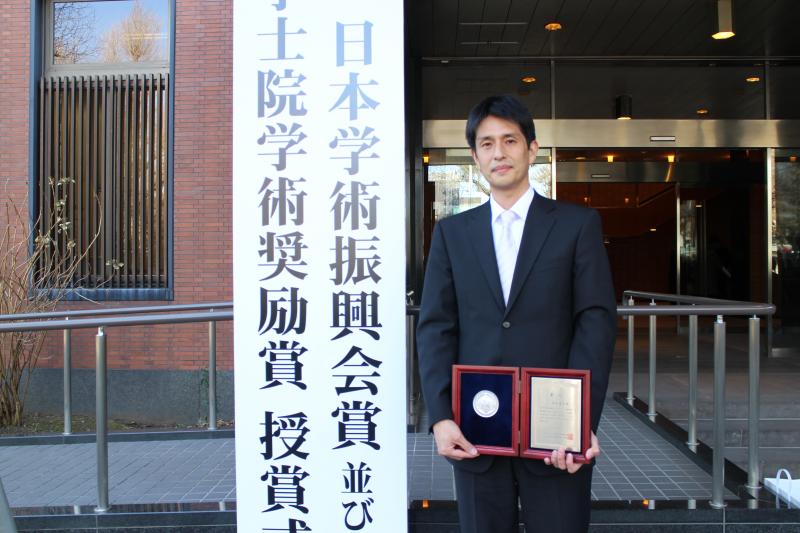 The Japan Academy Medal was established in 2004 with the aim of honoring outstanding young researchers while encouraging them in their future work. Recipients of the prize are selected from among the annual winners of the JSPS award. Six young researchers were honored this year.

Professor Yoshida’s recognition is based on his work on “Large-Scale Numerical Simulations of Structure Formation in the Early Universe.” He has co-developed a computer simulation program called GADGET. Using the computer program, he has been studying structure formation and the evolution of the Early Universe, the formation of the first stars, and the origin of massive black holes.

Professor Yoshida performed a series of supercomputer simulations of the formation of the first stars in the Universe. The simulations showed that the first generation of stars grew from tiny protostars to be as large as tens to hundreds times heavier than the Sun. Recent detailed studies of old stars in the Galaxy appear to support the theoretical prediction. Professor Yoshida's research is opening up a new era for understanding of the evolution of the Universe.

For more, visit the website of the Japan Academy Medal awards.