October 5, 2017
Kavli Institute for the Physics and Mathematics of the Universe (Kavli IPMU) 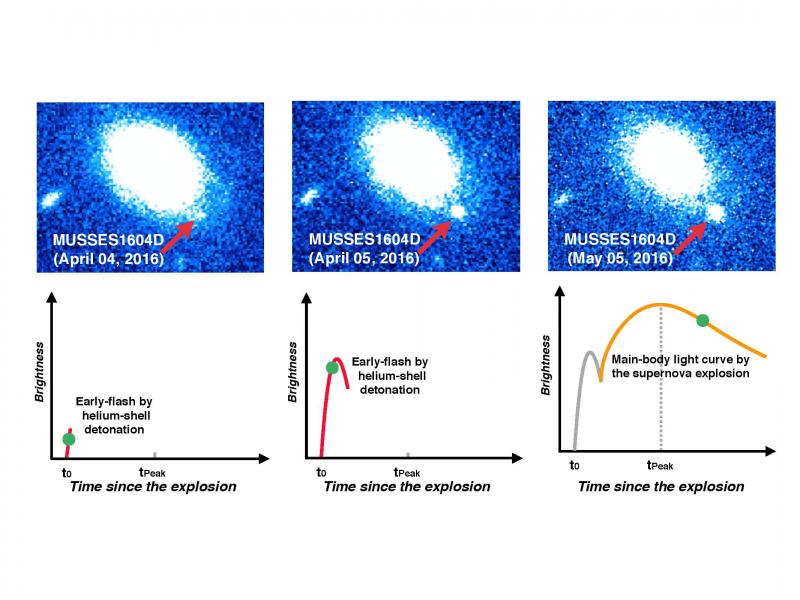 An international team of researchers has found evidence a supernova explosion that was first triggered by a helium detonation, reports a new study in Nature this week.

A Type Ia supernova is a type of white dwarf star explosion that occurs in a binary star system where two stars are circling one another. Because these supernovae shine 5 billion times brighter than the Sun they are used in astronomy as a reference point when calculating distances of objects in space. However, no one has been able to find solid evidence of what triggers these explosions. Moreover, these explosions only occur once every 100 years in any given galaxy, making them difficult to spot.

“Studying Type Ia supernovae is important because they are a valuable tool researchers use to measure the expansion of the universe. A more precise understanding of their history and behavior will help all researchers obtain more accurate results,” said author and University of Tokyo School of science Professor Mamoru Doi.

A team of researchers including Senior Scientist Ken’ichi Nomoto, Professor Naoki Yasuda, and Project Assistant Professor Nao Suzuki from the Kavli Institute for the Physics and Mathematics of the Universe, and lead by University of Tokyo School of Science PhD candidate Ji-an Jiang and Professor Doi, Associate Professor Keichi Maeda at Kyoto University, and Dr. Masaomi Tanaka at the National Astronomical Observatory of Japan, hypothesized Type Ia supernova could be the result of a white dwarf star consuming helium from a companion star. The extra helium coating the star would trigger a violent burning reaction, which in turn would trigger the star to explode from within as a supernova.

To maximize the chances of finding a new or recent Type Ia supernova, the team used the Hyper Suprime-Cam camera on the Subaru Telescope, which can capture a large area of sky at once. 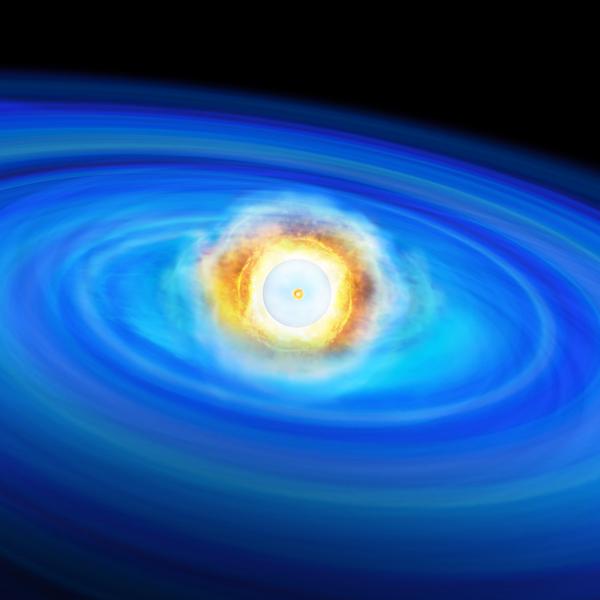 “Among 100 supernovae we discovered in a single night, we identified a Type Ia supernova that had exploded only within a day before our observation. Surprising, this supernova showed a bright flash in the first day, which we thought must be related to the nature of the explosion. By comparing the observational data with what we calculated on how burning helium would affect brightness and color over time, we found both theory and observation were in good agreement. This is the first time anyone has found solid evidence supporting a theory,” said Maeda.

However, Nomoto says this does not mean they can explain everything about supernovae.

The team will continue to test their theory against other supernovae. Details of their study were published online in Nature on October 4.

For more details on this paper, please refer to the press release released by the University of Tokyo School of Science.