April 24, 2018
Kavli Institute for the Physics and Mathematics of the Universe (Kavli IPMU)

“Our function can describe a variety of systems from quantum states in electrons to, in principle, black holes,” says study author Masataka Watanabe.

Quantum entanglement is a phenomenon fundamental to quantum mechanics, where two separated regions share the same information. It is invaluable to a variety of applications including being used as a resource in quantum computation, or quantifying the amount of information stored in a black hole. 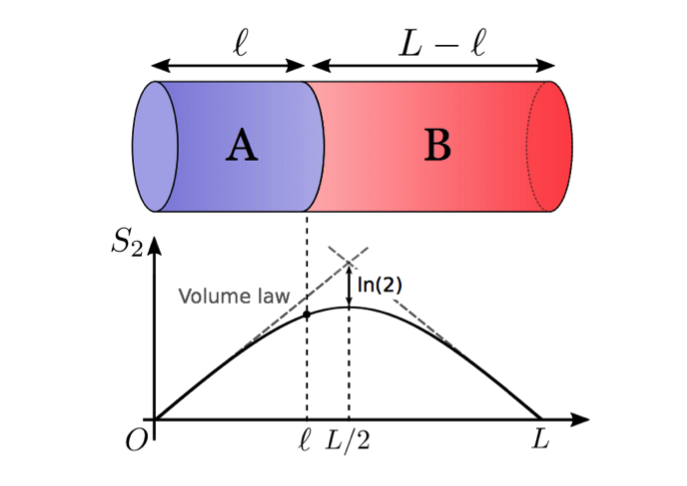 Quantum mechanics is known to preserve information, while thermal equilibrium seems to lose some part of it, and so understanding the relationship between these microscopic and macroscopic concepts is important. So a group of graduate students and a researcher at the University of Tokyo, including the Kavli Institute for the Physics and Mathematics of the Universe, investigated the role of the quantum entanglement in thermal equilibrium in an isolated quantum system.

In their study, the team identified a function predicting the spatial distribution of information stored in a equilibrated system, and they revealed that it was determined by thermodynamic entropy alone. Also, by carrying out computer simulations, they found that the spatial distribution remained the same regardless of what systems were used and regardless of how they reached thermal equilibrium.

Details of the study were published in the 24 April issue of Nature Communications.