March 12, 2019
Kavli Institute for the Physics and Mathematics of the Universe (Kavli IPMU) 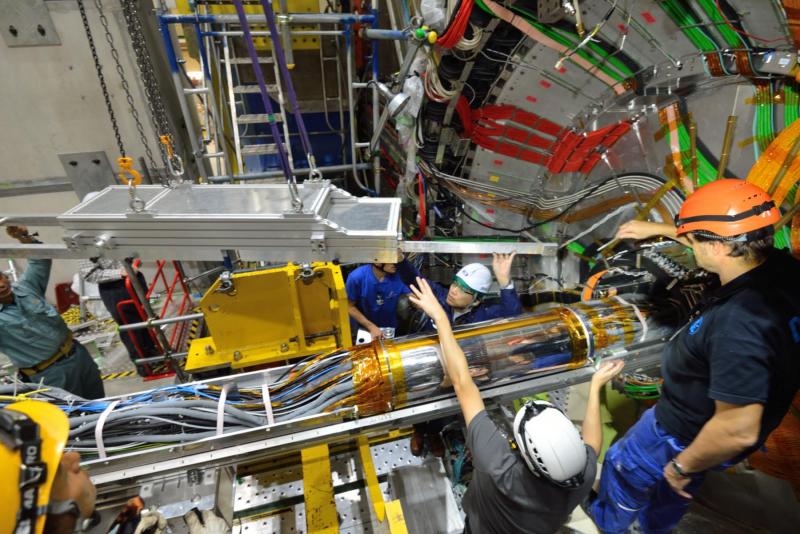 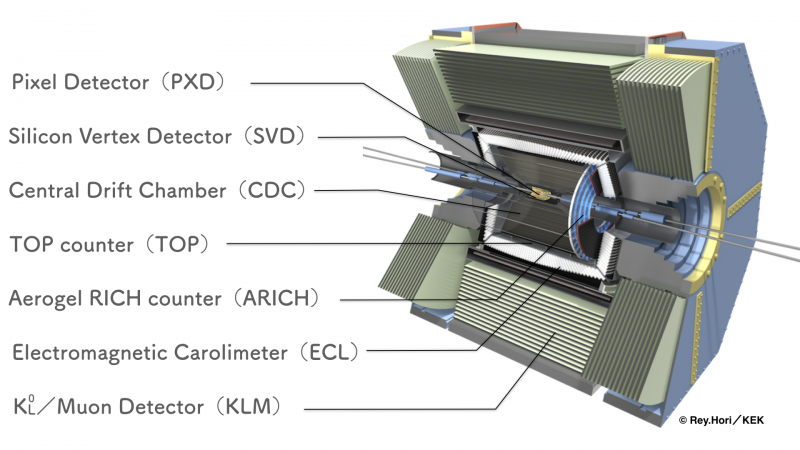 Yesterday, components built by Kavli Institute for the Physics and Mathematics of the Universe (Kavli IPMU) researchers and placed inside the upgraded SuperKEKB particle accelerator will help an international community of researchers try and find new physics, as the accelerator begins its first tests with its new vertex detectors installed.

The Kavli IPMU is a part of the Belle II collaboration, hosted by Japan’s High Energy Accelerator Research Organization (KEK). The experiment has involved improving particle accelerator KEKB, which was in operation between 1999 and 2010 and broke the world record for electron and positron collision frequency, which researchers call luminosity. The newly-upgraded SuperKEKB particle accelerator has an electron and positron luminosity designed to be 40 times higher than its predecessor. With a new Belle II detector placed around the collision point, the project will begin recording and analyzing collision data with the vertex detectors. 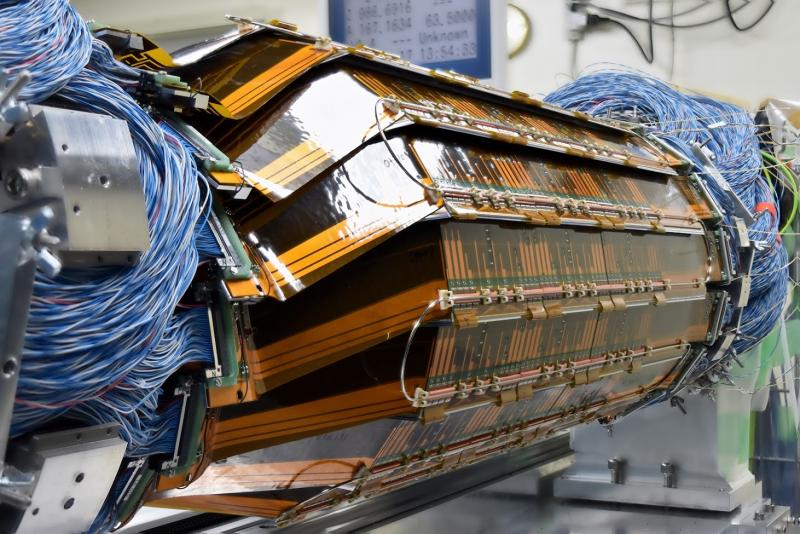 The project has been moving towards completion, achieving several milestones on the way, which have been called phases 1, 2, and 3. In phase 1, the SuperKEKB accelerator had its first successful test run in February 2017. For phase 2, researchers successfully installed components, including the Belle II detector, into the accelerator and carried out an electron and positron collision in March 2018. Then, the BEAST detector in the heart of the Belle II detector was replaced with the VerteX Detector (VXD), inching the project towards taking its first real data taking in the phase 3 period.

The VXD is particularly important because it will analyze the particles and anti-particles in detail, looking for differences in behavior. If an undiscovered particle such as dark matter does exist, it is likely the VXD would play an important role in its discovery. Such a find would open a new world of physics.

Kavli IPMU researchers had finished constructing and commissioning a part of the Silicon Vertex Detector, which resides inside the VXD, in May last year.

The researchers will continue to contribute to the project, analyzing the new data that is about to come in, and hopefully uncover a new branch of physics.

For more details on Phase 3, click here to read the press release from KEK.

April 26, 2018
Electrons and Positrons collide for the first time in the SuperKEKB Accelerator