April 1, 2019
Kavli Institute for the Physics and Mathematics of the Universe (Kavli IPMU) 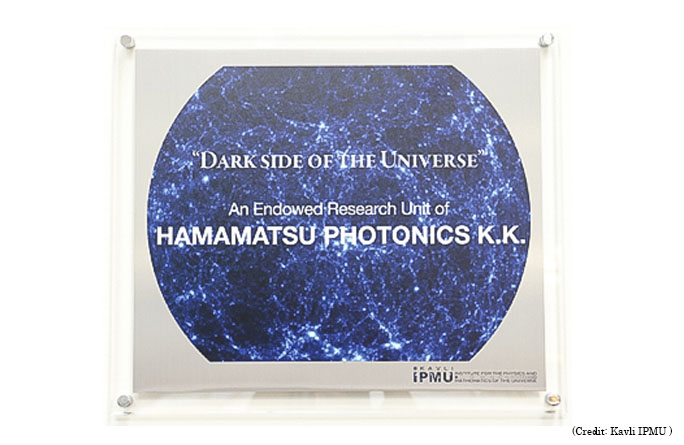 To lead active research in dark energy and dark matter, Kavli Institute for the Physics and Mathematics of the Universe Principal Investigator and University of Tokyo University Professor Hitoshi Murayama has been named as the upcoming endowed Hamamatsu Professor, it was announced on April 1.

The Hamamatsu Professorship is a professor of an endowed research unit established in 2014 by Hamamatsu Photonics, an industrial optical sensor manufacturer in Shizuoka, Japan.

Things made of atoms and molecules only make up 5 per cent of all matter and energy in the Universe, while the remaining 95 per cent is made up of dark matter and dark energy. The identity of both remains a mystery, but many researchers in the science community think they interact in some way with spacetime and elementary particles. Researchers at the Kavli IPMU are trying to find answers to the biggest questions about the Universe, including work to uncover the nature of dark matter and dark energy, and how the Universe began.

Thanks to the endowed Hamamatsu Professorship, researchers and industrial technicians will be able to exchange knowledge, carry out discussions, and create new ideas. The result will hopefully lead to many steps forward in industry and fundamental research.