March 30, 2020
Kavli Institute for the Physics and Mathematics of the Universe (Kavli IPMU) 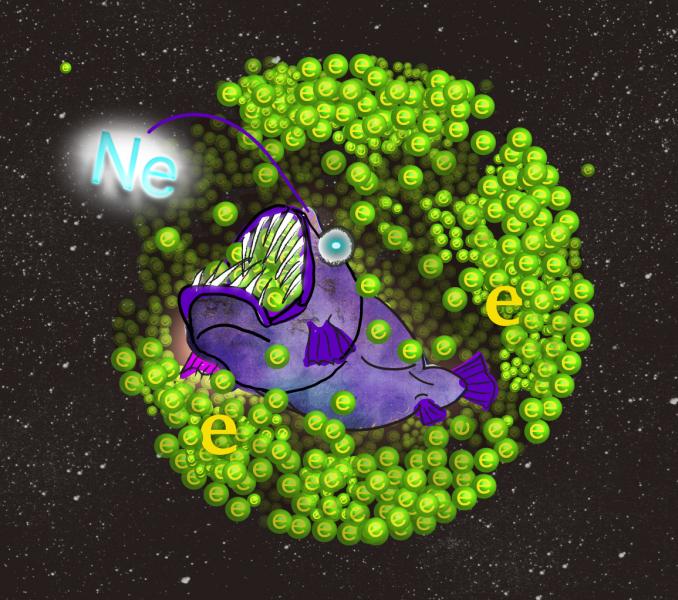 An international team of researchers has found that neon inside a certain massive star can eat so many electrons in the core, a process called electron capture, which causes the star to collapse into a neutron star and produce a supernova.

The researchers were interested in studying the final fate of stars within a mass range of 8 to 10 solar masses, or 8 to 10 times the mass of our Sun. This mass range is important because it includes the boundary between whether a star has a large enough mass to undergo a supernova explosion to form a neutron star, or has a smaller mass to form a white dwarf star without becoming a supernova. 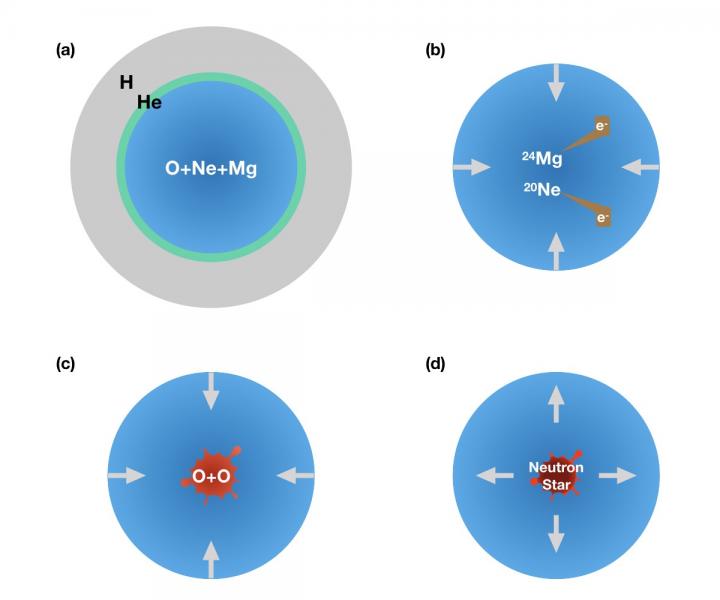 An 8 to 10 solar mass star commonly forms a core composed of oxygen, magnesium, and neon (figure 1). The core is rich in degenerate-electrons, meaning there is an abundance of electrons in a dense space, whose energy is high enough to sustain the core against gravity. Once the core density is high enough, the electrons get eaten by magnesium and then neon, which also found inside the core. Past studies have confirmed that magnesium and neon can start eating away at the electrons once the mass of the core has grown close to a Chandrasekhar’s limiting mass, a process called electron capture, but there has been debate about whether electron capture can cause neutron star formation.

Using newly updated data by Suzuki for density-dependent and temperature-dependent electron capture rates, they simulated the evolution of the star’s core, which is supported by the pressure of degenerate electrons against the star’s own gravity. As magnesium and mainly neon eat the electrons, the number of electrons decreased and the core rapidly shrunk (Figure 2). 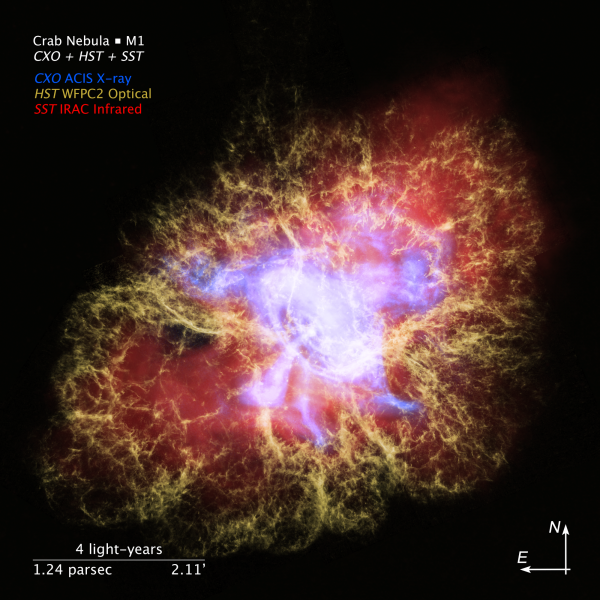 The electron capture also released heat. When the central density of the core exceeded 1010 g/cm3, oxygen in the core started to burn materials in the central region of the core, turning them into iron-group-nuclei such as iron and nickel. The temperature became so hot that protons became free and escaped. Now, the electrons became easier to be captured by free protons and iron-group-nuclei, and the density was so high that the core collapsed without producing a thermonuclear explosion.

Note a certain mass range of stars with 8 to 10 solar masses would form white dwarfs composed of oxygen-magnesium-neon by losing envelope due to stellar wind mass loss. If the wind mass loss is small, on the other hand, the star undergoes the electron capture supernova as found in their simulation.

The team suggests that the electron capture supernova could explain the properties of the supernova recorded in 1054 that formed the Crab Nebula, as proposed Nomoto et al. (1982 Nature) (Figure 3).

These results were published in The Astrophysical Journal on November 15, 2019.

Research contact
Ken'ichi Nomoto
Senior Scientist
Kavli Institute for the Physics and Mathematics of the Universe
University of Tokyo
E-mail: nomoto_at_astron.s.u-tokyo.ac.jp
* Change _at_ to @

Media contact
Motoko Kakubayashi
Press officer
Kavli Institute for the Physics and Mathematics of the Universe
University of Tokyo
TEL：+81-4-7136-5980
E-mail：press_at_ipmu.jp
* Change _at_ to @