April 16, 2020
Kavli Institute for the Physics and Mathematics of the Universe (Kavli IPMU) 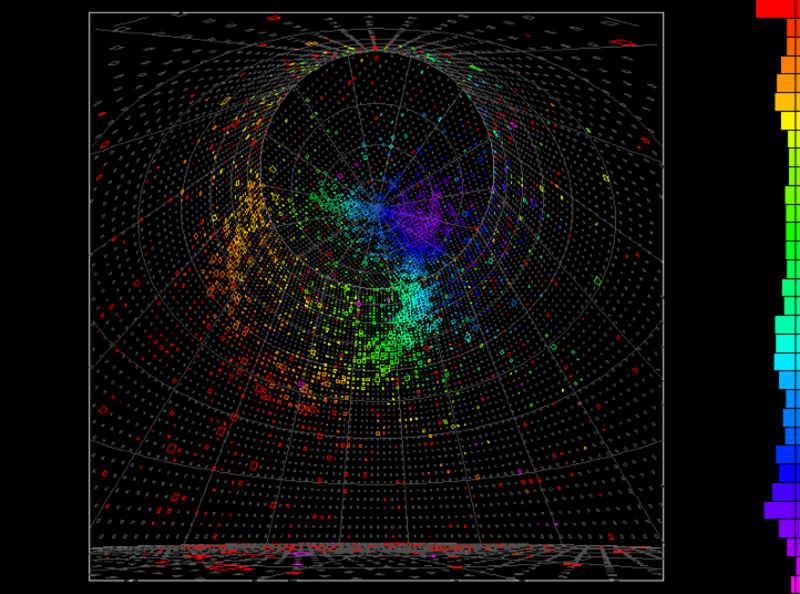 New results showing the strongest constraint yet on the parameter that governs the breaking of the symmetry between matter and antimatter in neutrino oscillations has been published in this week's Nature by the T2K Collaboration.

"It is wonderful - especially in this time of global stress and uncertainty - to see such an exciting result come from the long-term efforts of an extremely diverse, international team of researchers working together toward a common goal, even while physically separated by great distances," said Kavli IPMU Principal Investigator Mark Vagins, who works on the T2K experiment at the institute.

For the first time, T2K has disfavored almost half of the possible values at the 99.7% (3σ) confidence level, and is starting to reveal a basic property of neutrinos that has not been measured until now. This is an important step on the way to knowing whether or not neutrinos and antineutrinos behave differently.

These results, using data collected through 2018, were published in the multidisciplinary scientific journal, Nature on April 16.

For full details, please refer to the press release by KEK.

The T2K experiment is supported by the Japanese Ministry for Culture, Sports, Science, and Technology (MEXT), and is jointly hosted by the High Energy Accelerator Research Organization (KEK) and the University of Tokyo’s Institute for Cosmic Ray Research (ICRR). The T2K experiment was constructed and is operated by an international collaboration, which currently consists of nearly 500 scientists from 68 institutions in 12 countries [Canada, France, Germany, Italy, Japan, Poland, Russia, Spain, Switzerland, UK, USA and Vietnam]. This result is made possible by the efforts of J-PARC to deliver high-quality beam to T2K.