June 24, 2021
Kavli Institute for the Physics and Mathematics of the Universe (Kavli IPMU) 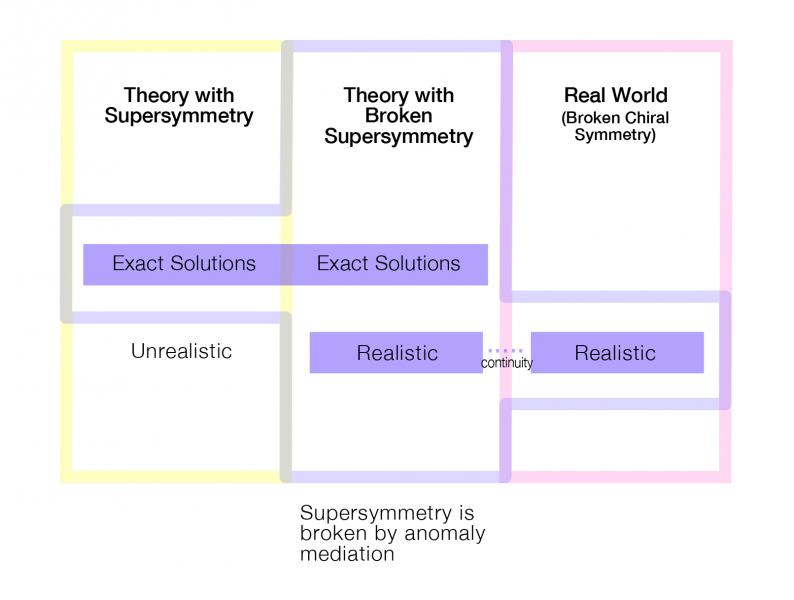 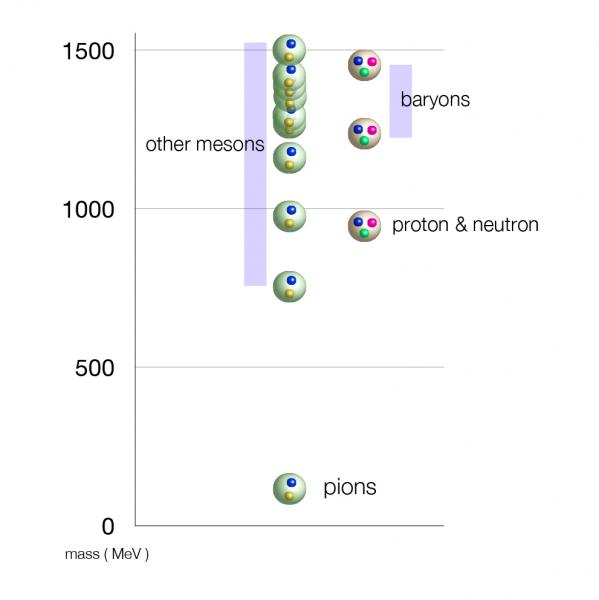 Using only a pen and paper, a theoretical physicist has proved a decades-old claim that a strong force called Quantum Chromo Dynamics (QCD) leads to light-weight pions, reports a new study published on June 23 in Physical Review Letters.

The strong force is responsible for many things in our Universe, from making the Sun shine, to keeping quarks inside protons. This is important because it makes sure that the protons and neutrons bind to form nuclei of every atom that exists. But there is still a lot of mystery surrounding the strong force. Einstein’s relation E=mc2 means a strong force leads to more energy, and more energy means a heavier mass. But subatomic particles called pions are very light weight. Otherwise nuclei would not bind, there would be no atoms other than hydrogen, and we wouldn’t exist.

When quarks were discovered experimentally by striking them out of a proton with energetic electrons, scientists came up with the “explanation” that a property of the strong force called confinement was imprisoning quarks, preventing them from being observed directly. However, the mystery remained that no one could give theoretical proof that derived confinement from QCD.

Late Nobel Laureate Yoichiro Nambu proposed a concept called “spontaneous symmetry breaking” was responsible for creating essentially massless particles equivalent to pions. That is why these pions are so light in weight (in the real world, small intrinsic mass of quarks does not create completely massless particles). But yet again, no one could demonstrate that the theory of the strong force, QCD, realizes the proposed spontaneous symmetry breaking.

So Kavli Institute for the Physics and Mathematics of the Universe (Kavli IPMU) Principal Investigator Hitoshi Murayama solved this problem using a version of the theory with a mathematically elegant enhancement called supersymmetry. Yet the real world does not have supersymmetry. Murayama approached the real world using a specific way of breaking supersymmetry called anomaly mediation that he proposed back in 1998.

In doing so, Murayama managed to show that QCD indeed leads to very light-weight pions, something that had been suggested by numerical simulations with supercomputers, but technically impossible with massless quarks to definitively answer the question.

“I always hoped to understand how the strong nuclear force works so that we can exist. I’m very excited that I managed to prove Nambu’s theory from QCD that has been so difficult for decades. This is a part of my long quest why we exist. Physics may not be too far away from answering this millennia-long question,” said Murayama.

The study may open up new avenues to the study dynamics of non-supersymmetric gauge theories.

Research contact:
Hitoshi Murayama
Principal Investigator
Kavli Institute for the Physics and Mathematics of the Universe, The University of Tokyo
E-mail: hitoshi.murayama_at_ipmu.jp
Please change * _at_ to @