December 8, 2021
Kavli Institute for the Physics and Mathematics of the Universe (Kavli IPMU) 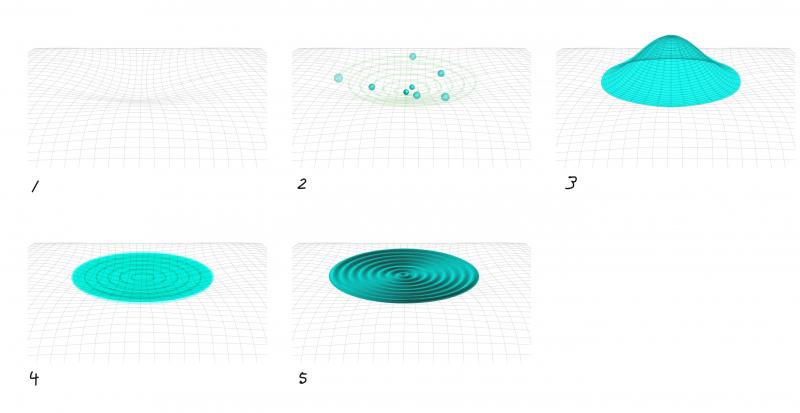 A team of theoretical researchers have found it might be possible to detect Q-balls in gravitational waves, and their detection would answer why more matter than anti-matter to be left over after the Big Bang, reports a new study in Physical Review Letters.

The reason humans exist is because at some time in the first second of the Universe’s existence, somehow more matter was produced than anti-matter. The asymmetry is so small that only one extra particle of matter was produced every time ten billion particles of anti matter were produced. The problem is that even though this asymmetry is small, current theories of physics cannot explain it. In fact, standard theories say matter and anti matter should have been produced in exactly equal quantities, but the existence of humans, Earth, and everything else in the universe proves there must be more, undiscovered physics.

Currently, a popular idea shared by researchers is that this asymmetry was produced just after inflation, a period in the early universe when there was a very rapid expansion. A blob of field could have stretched out over the horizon to evolve and fragment in just the right way to produce this asymmetry.

But testing this paradigm directly has been difficult, even using the largest particle accelerators in the world, since the energy involved is billions to trillions of times higher than anything humans can produce on Earth.

Now, a team of researchers in Japan and the US, including Kavli Institute for the Physics and Mathematics of the Universe Project Researcher Graham White, and Visiting Senior Scientist Alexander Kusenko, who is also a Professor of Physics and Astronomy at UCLA, have found a new way to test this proposal by using blobs of field known as Q-balls.

The nature of Q-balls is a bit tricky to understand, but they are bosons like the Higgs boson, explains Graham White, lead author and Project Researcher at Kavli IPMU. 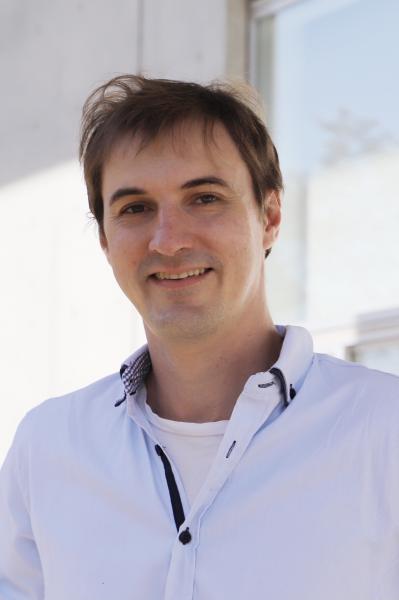 "A Higgs particle exists when the Higgs field is excited. But the Higgs field can do other things, like form a lump. If you have a field that is very like the Higgs field but it has some sort of charge - not an electric charge, but some sort of charge - then one lump has the charge as one particle. Since charge can't just disappear, the field has to decide whether to be in particles or lumps. If it is lower energy to be in lumps than particles, then the field will do that. A bunch of lumps coagulating together will make a Q-ball."

“We argue that very often these blobs of field known as Q-balls stick around for some time. These Q-balls dilute slower than the background soup of radiation as the Universe expands until, eventually, most of the energy in the Universe is in these blobs. In the meantime, slight fluctuations in the density of the soup of radiation start to grow when these blobs dominate. When the Q-balls decay, their decay is so sudden and rapid that the fluctuations in the plasma become violent soundwaves which leads to spectacular ripples in space and time, known as gravitational waves, that could be detected over the next few decades. The beauty of looking for gravitational waves is that the Universe is completely transparent to gravitational waves all the way back to the beginning,” said White.

The researchers also found the conditions to create these ripples are very common, and the resulting gravitational waves should be large enough, and low enough frequency to be detected by conventional gravitational wave detectors.

“If this is how the asymmetry was made, it is almost certain that we will soon detect a signal from the beginning of time confirming this theory on why we, and the rest of the world of matter, exist at all,” said White.

Details of their study were published in Physical Review Letters on October 27.

Research contact
Graham White
Project Researcher
Kavli Institute for the Physics and Mathematics of the Universe, The University of Tokyo
E-mail: graham.white _at_ ipmu.jp
* Please change _at_ to @

Media contact
Motoko Kakubayashi
Press officer
Kavli Institute for the Physics and Mathematics of the Universe, The University of Tokyo
E-mail：press_at_ipmu.jp
* Please change _at_ to @