11 November, 2022
Kavli Institute for the Physics and Mathematics of the Universe (Kavli IPMU)
National Astronomical Observatory of Japan (NAOJ) 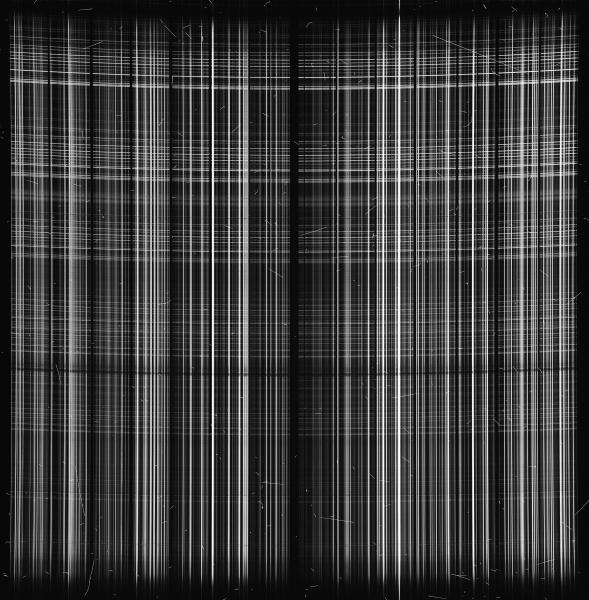 The PFS will be mounted on the 8.2m Subaru Telescope at the summit of Maunakea, Hawaii. When completed, the instrument will use about 2400 optical fibers to take simultaneous exposures of a large number of celestial objects in the night sky, such as stars and galaxies, and split their light into their various wavelengths. The resulting data set is called a “spectrum”, which tells researchers various details of a celestial object including its motion, physical parameters, and age.

Using the PFS, researchers will be able to uncover information which can be seen only with spectra and not visually in images. The team have been carrying out on-telescope tests since 2018, but none have been more important than their latest test to capture light from celestial objects on the PFS.

In late September this year, the team ran engineering observations at the Subaru Telescope, where they carried out raster scans. These scans allow researchers to test how well aligned their instrument is to the objects they should be capturing. The fibers are set to where the researchers believe the target objects should exist on the Prime Focus Instrument (PFI) focal plane, then the telescope is dithered on a grid pattern on the sky, and a spectrograph exposure taken at each dithered position. This allows the team to measure the discrepancy between the actual fiber position and real target position.

After starting to take data, the team continued to take more raster scan data sets on many bright stars to fix the errors and apply possible optimizations, until finally they were satisfied that the instrument had been able to place the fibers quite accurately onto its targets.

"The team's efforts were again great. This September run was scheduled only recently, but they efficiently re-optimized the priorities and plans and completed the required tasks both on hardware and software timely. And indeed the run was successful and productive. I very much appreciate these and I am really proud of the team members," said PFS Project Manager and Kavli Institute for the Physics and Mathematics of the Universe Project Associate Professor Naoyuki Tamura. 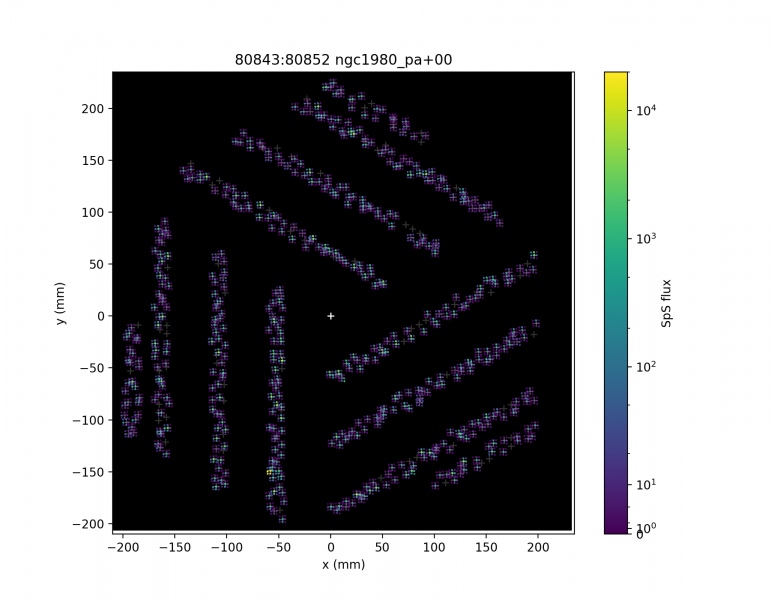 "But this is clearly a very encouraging achievement. Based on the fact that we have been able to capture stellar light from our target objects using the PFS, I would declare the team has achieved Engineering First Light and stepped into the next regime of the instrument commissioning," Tamura said.

“Although PFS hosts about 2400 fibers, the ratio of the total area occupied by the fibers in the field of view of PFS is only about 0.01% (1/10,000). In other words, even if we blindly observe the sky with PFS, the fibers cannot capture light from objects (stars and galaxies) on the sky. This is just as designed to efficiently observe faint objects in the universe. The PFS team led by Naoyuki succeeded in accurately determining the relationship between the fibers’ positions and the positions of stars in the sky. This success of the commissioning observation is a big first step towards the ultimate goal of unveiling the nature of dark energy that occupies the present-day universe from the three-dimensional map of the universe constructed by PFS. Very exciting!” said PFS Project Scientist and Kavli IPMU Professor Masahiro Takada. 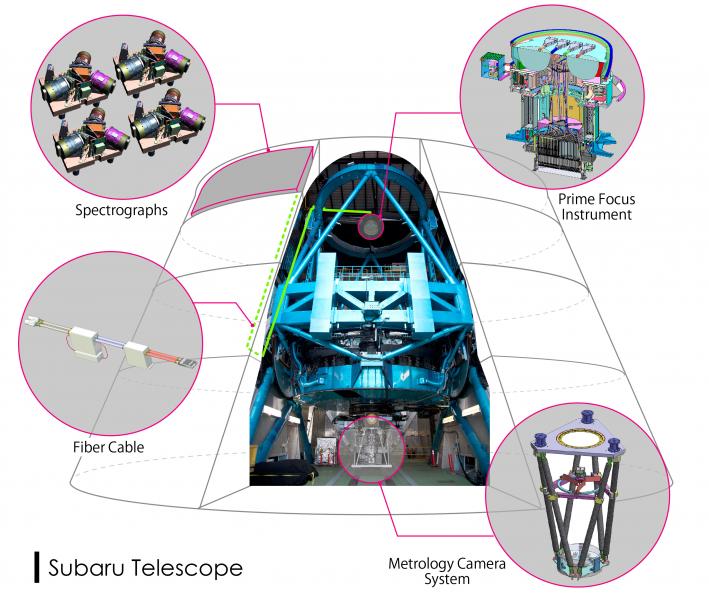 Tamura said this milestone is still a result on a single field with a specific fiber configuration. The fiber alignment to the stars is yet to reach satisfactory levels.

“It is so exciting to see that we could capture starlights in our spectrograph. It paves the way to amazing science for us to understand how the stars and galaxies came to be, why the Universe today is aging, what dark matter is, and where the Universe is heading. This milestone marks amazing amount of work done by our team. It was made possible by the efforts on the fiber positioners developed by JPL and Caltech, camera and spectrograph developed by John Hopkins, Princeton, and LAM, optical fibers by the Brazilian team, and Prime Focus Instrument by ASIAA, Taiwan. I can’t thank more to everybody on the team!” said PFS Principal Investigator and Kavli IPMU Professor Hitoshi Murayama.

“It is really motivating for those of us planning future science with PFS to see actual photons from astrophysical objects that have been collected by the individual optical fibers and transmitted through the spectrographs to the detectors as a result of the integration of a remarkable instrument and a powerful telescope. We greatly appreciate the incredible effort by the instrument team,” said co-chair of the PFS Galaxy Evolution Working Group and Kavli IPMU Associate Professor John Silverman.

The data the team took during this observation will continue to be carefully analyzed and discussed.

Sub-components and sub-systems of the PFS have been and still are being built, assembled, and tested by collaborating institutions in the US, France, Brazil and Taiwan, before being shipped to the Subaru Telescope. Operations are scheduled to begin around 2024.

Research contact
Naoyuki Tamura
Project Associate Professor
Kavli Institute for the Physics and Mathematics of the Universe
University of Tokyo
E-mail: naoyuki.tamura_at_ipmu.jp
* Change _at_ to @