Modern science theory in the humanities and sociology

Modern science theory in the humanities and sociology 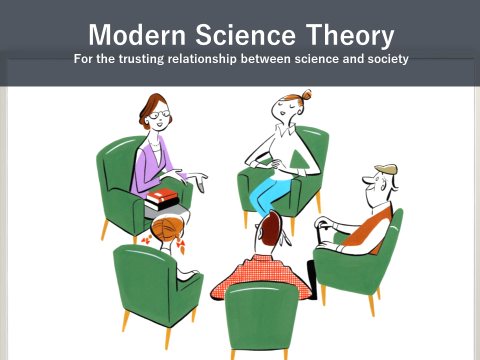 At Kavli IPMU, researchers on modern science theory in the humanities and sociology are engaged in research on decision support to promote a relationship of trust between science and society and a better future, while mainly focusing on the field of physics based science

The relationship between science and society in modern times is complex. In particular, Alvin Weinberg coined the term “trans-science” for questions that can be asked of science but not answered by it. One example is the issue of climate change. In fields where not only science but also economics and other factors are involved in political decisions, how to democratically advance discussions and decide on the future direction of society is a major problem.

In the humanities and sociology, these arguments have been discussed in the theory of science and technology society, and the discussion has been furthered by the political philosopher Hannah Arendt and philosopher Jürgen Habermas. Scientists with scientific knowledge are required to make access to this discourse easier, that is, to provide clear explanations for better societal decisions.

There was a time when scientists strongly requested explanations for another reason. In response to the growing interest in ecology and reaction against science and technology in the 1970s, the unilateral provision of information from scientists to society was emphasized throughout the world, including the United Kingdom, until the 1980s. However, from the time of the turmoil surrounding BSE in the UK in the mid-1990s, people came to realize that the one-sided provision of information by scientists could not maintain a trusting relationship with a complex society with all its attendant risks. Accordingly, a new viewpoint that "interactive communication" between science and society is important for building trust between science and society was presented, and a new activity and academic field known as "scientific communication" emerged. In modern times, how these ideas are utilized in policies and contribute to society as a whole is attracting particular attention.

Researchers at Kavli IPMU are focusing on contemporary social issues and aiming build a better relationship between science and society as a result of these academic movements. Trust in science is one of our major themes. We are also studying the way scientists disseminated information after the Great East Japan Earthquake, the structure of scientific support through SNS and cloud funding, the approach of big science with large-scale equipment, and the elucidation of the structure of the problem of the scarcity of women in the fields of mathematics and physics. When considering the relationship between science and society, changes in the funding of science is also an important research subject.

Through such research, Kavli IPMU aims to share with society challenges regarding the common issues faced by humankind. We hope to provide fundamental concept guaranteed by research and support for activities that strike a chord with people throughout society.