July 24, 2019
Kavli Institute for the Physics and Mathematics of the Universe (Kavli IPMU) 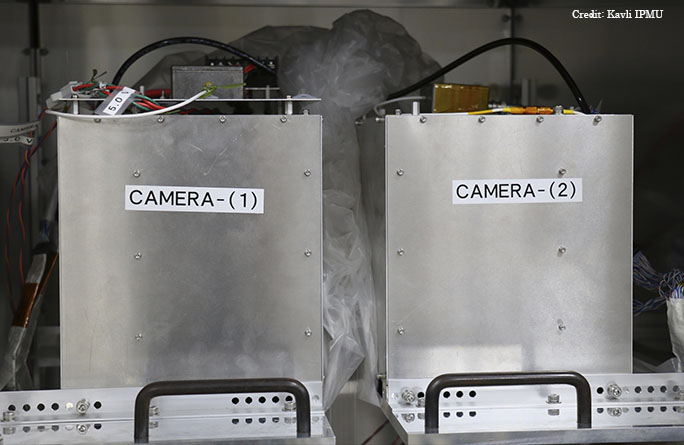 Researchers have completed a successful clinical trial, managing to detect and image radioactive tracers used in PET and in SPECT scans at the same time, with the hope of enabling doctors to scan patients for abnormalities in shorter times while reducing the amount of radiation patients would be exposed to.

In today’s technology, patients who might have life-threatening illnesses are required to undergo a number of tests such as a PET (Positron Emission Tomography) scan or a SPECT (Single-Photon Emission Computed Tomography) scan in order to look for a particular disease, or check if their organs are functioning properly respectively. Both PET and SPECT scanners require exposing the patient to a small amount of radiation, which enables devices to capture an image of the patient’s internal organs that are then analyzed by medical specialists. PET scans detect gamma rays with a specific energy of 511 keV, while SPECT can only detect gamma rays at relatively lower energies because collimators used in SPECT become transparent for high energy gamma-rays. Performing separate PET and SPECT scans is both time consuming and exposes the patient to increased levels of radiation.

A team led by Gunma University Heavy Ion Medical Center Special Professor Takashi Nakano, a pioneer in heavy particle beam therapy in Japan, has been working to combine these procedures. They worked in collaboration with teams at Kavli Institute for the Physics and Mathematics of the Universe (Kavli IPMU), led by Professor Tadayuki Takahashi, the National Institutes for Quantum and Radiological Science and Technology, led by Naoki Kawachi, and the Japan Aerospace Exploration Agency (JAXA), led by Assistant Professor Shin Watanabe, and completed a successful clinical trial using a newly-developed imaging diagnosis device called a Compton camera that makes it possible to detect gamma rays in both low and high energy ranges.

This is the first time a research group has managed to move onto carrying out the procedure on human patients.

During the trial, patients were given with two of the most commonly used radioactive tracers in PET and in SPECT; 18F-FDG radioactive tracer（fludeoxyglucose） used in PET, and 99mTc-DMSA, or 2,3-dimercaptosuccinic acid used in SPECT. These tracers accumulate in the patient’s liver and kidney after being consumed, where they emit concentrated amounts of gamma rays with differing energies. Using the Compton camera, the researchers were able to simultaneously create two-dimensional images from different radio isotopes of the patient’s organs.

One of the characteristics of this medical camera is its adaptation of silicon/cadmium telluride (Si/CdTe), originally developed by Takahashi’s team at Japan’s space agency JAXA in order to study cosmic gamma rays. The silicon and cadmium telluride semiconductors are capable of accurately detecting gamma ray energies emitted from radioactive elements over a wider range of energies without the need of collimators.

After several more trials, the researchers are optimistic that their imaging system will lead to new forms of medical analysis. Furthermore, it could help create completely new radioactive tracers. Details of their study were published online in Physics in Medicine and Biology on July 20.

To learn more about the details of this study, please read the press release by Gunma University.

Media contact
Motoko Kakubayashi
Press officer
Kavli Institute for the Physics and Mathematics of the Universe
University of Tokyo
E-mail: press_at_ipmu.jp TEL: 04-7136-5980
* please change _at_ to @