February 25, 2016
Kavli Institute for the Physics and Mathematics of the Universe (Kavli IPMU)

Kavli IPMU researchers are part of an international team who have identified for the first time a galaxy emitting fast radio bursts 5 billion light years away from Earth.

Fast Radio Bursts (FRB) are 1/1000th of a second bursts of radio signals that scientists have observed when using radio telescopes, but until now no one could explain what they were or where they came from.

The researchers in this project first identified FRB 150418 incoming from around the Canis Major constellation using Australia’s Parkes Radio Telescope in April last year. Using Japan’s Subaru Telescope in Hawaii, researchers were able to capture a visual picture of the FRB’s origin, an elliptical galaxy more than 5 billion light years from Earth. These galaxies are made up of old stars, and are thought to show limited activity in making new stars.

However, researchers says that while this is the first time a FRB location and host has been identified, this is only one example. It cannot definitively explain what a FRB is, which requires much more observation and analysis.

The results from this paper will be published in this week’s Nature journal. 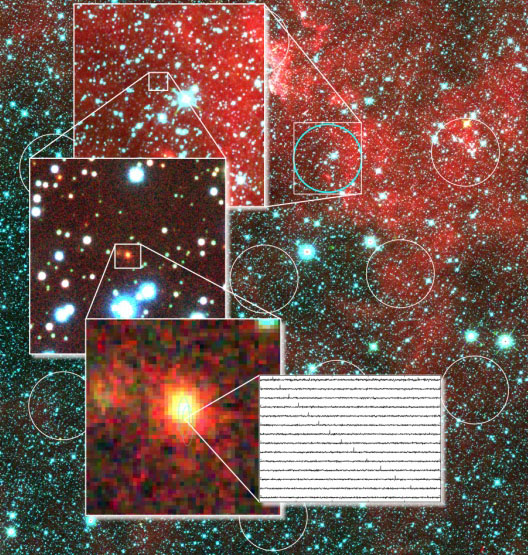