VLA, ALMA team up to give first look at birthplaces of most current stars

VLA, ALMA team up to give first look at birthplaces of most current stars

April 6, 2017
Kavli Institute for the Physics and Mathematics of the Universe (Kavli IPMU) 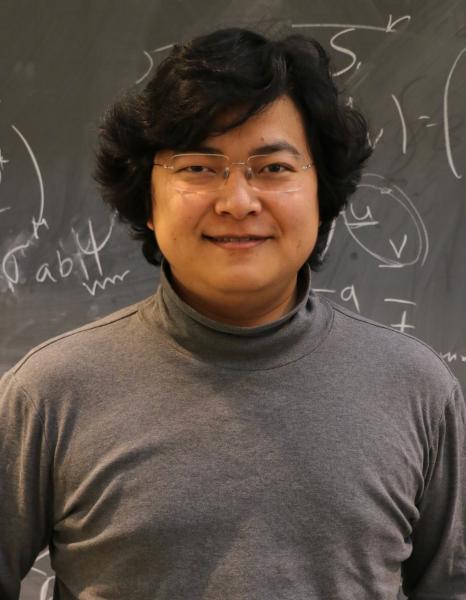 Astronomers have gotten their first look at exactly where most of today’s stars were born. To do so, they used the National Science Foundation’s Karl G. Jansky Very Large Array (VLA) and the Atacama Large Millimeter/submillimeter Array (ALMA) to look at distant galaxies seen as they were some 10 billion years ago.

At that time, the Universe was experiencing its peak rate of star formation. Most stars in the present Universe were born then.

“We knew that galaxies in that era were forming stars prolifically, but we didn’t know what those galaxies looked like, because they are shrouded in so much dust that almost no visible light escapes them,” said Wiphu Rujopakam, of the Kavli Institute for the Physics and Mathematics of the Universe at the University of Tokyo and Chulalongkorn University in Bangkok, who was lead author on the research paper.

Radio waves, unlike visible light, can get through the dust. However, in order to reveal the details of such distant — and faint — galaxies, the astronomers had to make the most sensitive images ever made with the VLA.

The new observations, using the VLA and ALMA, have answered longstanding questions about just what mechanisms were responsible for the bulk of star formation in those galaxies. They found that intense star formation in the galaxies they studied most frequently occured throughout the galaxies, as opposed to much smaller regions in present-day galaxies with similar high star-formation rates. 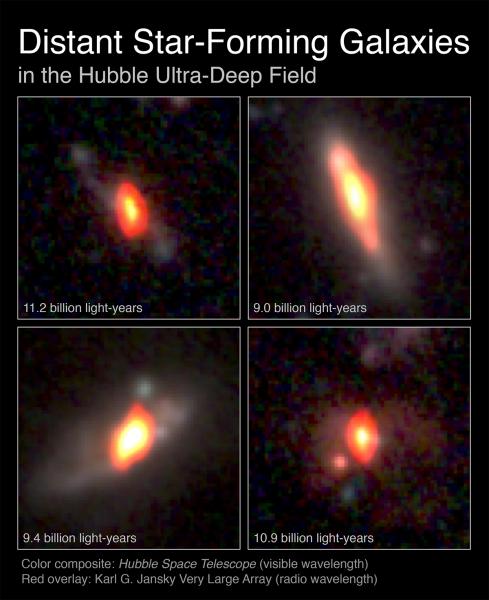 The astronomers used the VLA and ALMA to study galaxies in the Hubble Ultra Deep Field, a small area of sky observed since 2003 with NASA’s Hubble Space Telescope (HST). The HST made very long exposures of the area to detect galaxies in the far-distant Universe, and numerous observing programs with other telescopes have followed up on the HST work.

“We used the VLA and ALMA to see deeply into these galaxies, beyond the dust that obscured their innards from Hubble,” said Kristina Nyland, of the National Radio Astronomy Observatory (NRAO). “The VLA showed us where star formation was occurring, and ALMA revealed the cold gas that is the fuel for star formation,” she added.

“In this study, we made the most sensitive image ever made with the VLA,” said Preshanth Jagannathan, also of NRAO. “If you took your cellphone, which transmits a weak radio signal, and put it at more than twice the distance to Pluto, near the outer edge of the solar system, its signal would be roughly as strong as what we detected from these galaxies,” he added.

ALMA is a partnership of ESO (representing its member states), NSF (USA) and NINS (Japan), together with NRC (Canada), NSC and ASIAA (Taiwan), and KASI (Republic of South Korea), in cooperation with the Republic of Chile. The Joint ALMA Observatory is operated by ESO, AUI/NRAO and NAOJ. 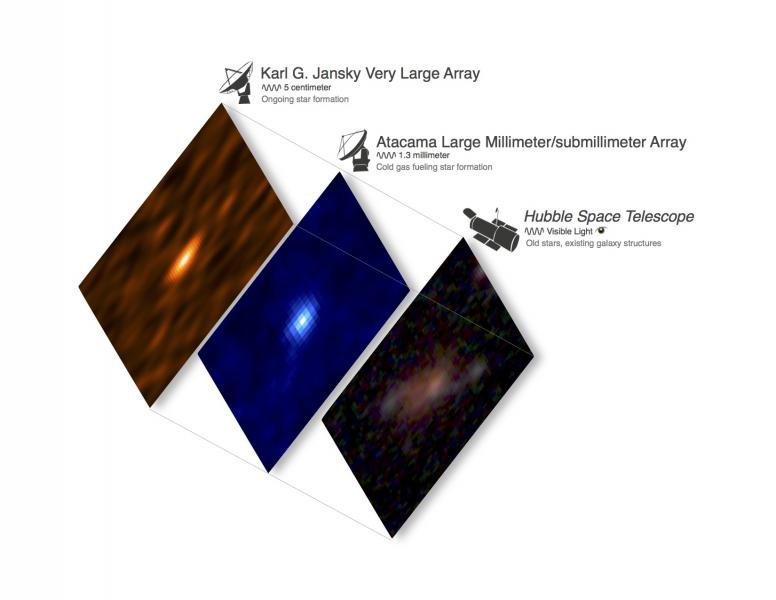 The National Radio Astronomy Observatory is a facility of the National Science Foundation, operated under cooperative agreement by Associated Universities, Inc.

John Amari
Public Relations Office
Kavli Institute for the Physics and Mathematics of the Universe
E-mail: press_at_ipmu.jp
Tel: 04-7136-5977
Please change * _ at _ to @