February 22, 2018
Kavli Institute for the Physics and Mathematics of the Universe (Kavli IPMU) 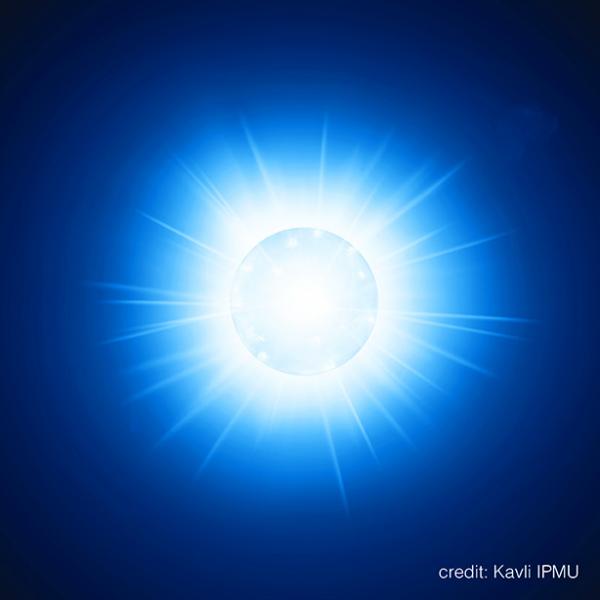 The moment a supernova becomes visible in the sky has been captured by an amateur astronomer, and has helped an international team of researchers validate theoretical predictions about the initial evolution of such stellar explosions.

How the structure of the exploding star affects the supernova properties. has remained an open question, but understanding it would be a significant step forward in astrophysics research. Current theory suggests an explosive shockwave travels through the star’s interior before reaching the surface and producing a sharp peak of electromagnetic emission. The strength and duration of this signal, known as shock breakout is believed to largely depend on the outer structure of the star and on the presence or absence of matter around it. However, testing this theory requires the observation of the before and after moment a star becomes a supernova.

Melina Bersten, researcher at the Instituto de Astrofísica de La Plata, CONICET - UNLP, Argentina, and Visiting Associate Scientist at the Kavli Institute for the Physics and Mathematics of the Universe has said the chances of capturing such an event are slim, because it lasts for the order of one hour.

“If we think that on average each galaxy roughly produces one supernova per century, and that a century contains nearly 900 thousand hours, then the chance probability of observing the right galaxy at the right moment is not much greater than one in a million. However, the actual chances are smaller. One needs to take into account the facts that we can only see the galaxy during the night time and that the sky must be clear,” she said.

Luckily, on September 20, 2016, amateur astronomer Víctor Buso from Rosario, Argentina, was testing his new camera on his rooftop observatory in hope of photographing his first supernova. After an hour of taking images Buso noticed a new tiny object had appeared, and it became more obvious with time (Figure 1). He had captured the moment a supernova had exploded.

Named SN 2016gkg, a team of researchers including the Kavli Institute for the Physics and Mathematics of the Universe, and lead by Bersten, analyzed the images. The rapid brightening rate combined with a very low luminosity had no analogue among known supernovae, and the team concluded Buso had discovered SN 2016gkg during the shock breakout.

“When Buso told us how he had observed and what he had witnessed, we realized this was a unique finding,” said Bersten.

Also, by comparing the photometry of the images with their computer simulations, the team found an initial sharp rise in supernova light that could only be explained by shock emergence (Figure 2).

“To our surprise, images had a great quality considering they were obtained from the middle of a large city in the midst of the pampas”, notes Dr. Gastón Folatelli from IALP, who led the data analysis, and adds “sky conditions seem to have been nearly ideal on that night!”

Their conclusion was supported by the fact that the models required no modification in order to consistently reproduce the initial rise and the rest of the supernova evolution (Figure 3). Moreover, SN 2016gkg happened to be a rather ordinary event, which would imply that the observed phase is common to all supernovae, as models predict.

The team’s results were published in Nature on February 22. 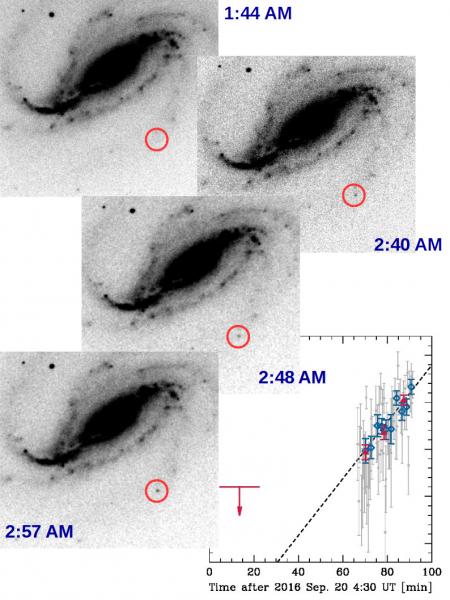 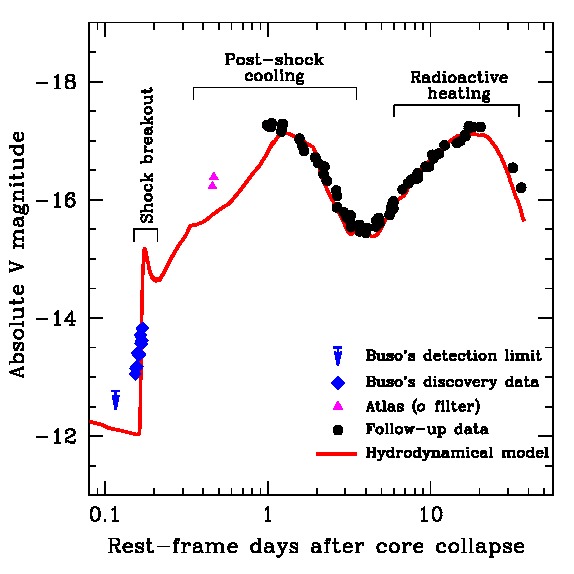 All images can be downloaded from this page:  http://web.ipmu.jp/press/201802-RFmoment/