April 26, 2022
Kavli Institute for the Physics and Mathematics of the Universe (Kavli IPMU) 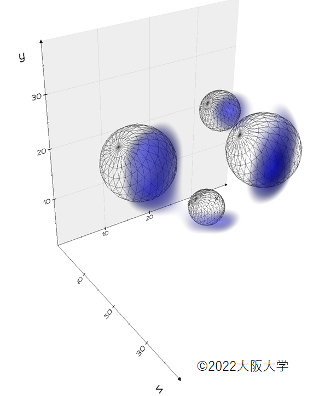 By combining technologies originally designed for high-energy particle accelerators and astronomy observations, researchers can now for the first time analyze the elemental makeup of samples without damaging them, which could be useful for researchers working in other fields such as archaeology, reports a new study in Scientific Reports.

Muons are one of the many elementary particles in the universe, currently used as muon beams in high energy accelerator experiments by physicists. But researchers in other fields have also been interested in muons because of its potential to analyze the elemental makeup of precious samples, such as the interior of meteorites.

X-ray fluorescence spectroscopy is widely used in fields including archaeology and planetary science, but they can only analyze the elemental makeup of samples near the surface, and it cannot accurately quantify light elements such as carbon.

Muons have an advantage over current methods. When a negative muon is captured by an irradiated material, a muonic atom is created. The muonic x-rays emitted from the new muonic atoms have high energy, and can be detected with high sensitivity without being absorbed by the sample itself.

By adjusting the energy of muons accelerated by high-energy accelerators, researchers have been able to analyze samples on a 1-dimensional level. 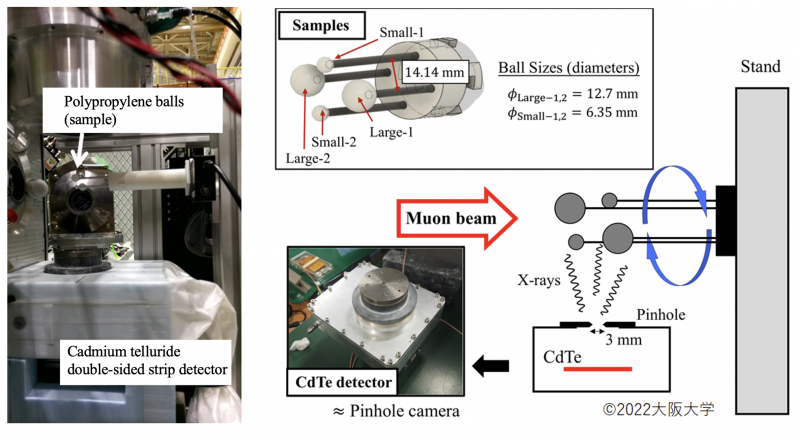 What a team of researchers, lead by Osaka University Radioisotope Research Center Project Researcher I-Huan Chiu and Associate Professor Kazuhiko Ninomiya, Kavli Institute for the Physics and Mathematics of the Universe Project Assistant Professor Shin’ichiro Takeda, and High Energy Accelerator Research Organisation Professor Yasuhiro Miyake have done has been to combine this with a cadmium telluride double-sided strip detector (CdTe-DSD), which was originally designed for 2-dimensional imaging analysis for hard x-ray and γ-ray measurements in space, to develop a method which allows the user to create a 3-dimensional image of the elemental makeup of a sample.

To test their non-destructive 3D elemental analysis based on muonic x-ray and a CdTe-DSD, the researchers set up their experiment at the D2 muon beamline of the Muon Science Establishment (MUSE) in J-PARC, a high intensity proton accelerator facility north of Tokyo.

The setup involved preparing two small and two larger spherical plastic balls, which were rotated with a step size of 22.5 degrees each time during muon irradiation. One full rotation created a total of 16 images recorded by the CdTe-DSD, and an algorithm usually used in medicine used to reconstruct a 3D image of the sample.

The results clearly showed there were two kinds of balls with different sizes, and was able to detect that interior was made up of carbon.

The researchers say their method provides an important improvement for currently elemental analysis in various fields, and can be used for elemental depth profiling of archeological samples.

Details of this study were published in Scientific Reports on March 29. 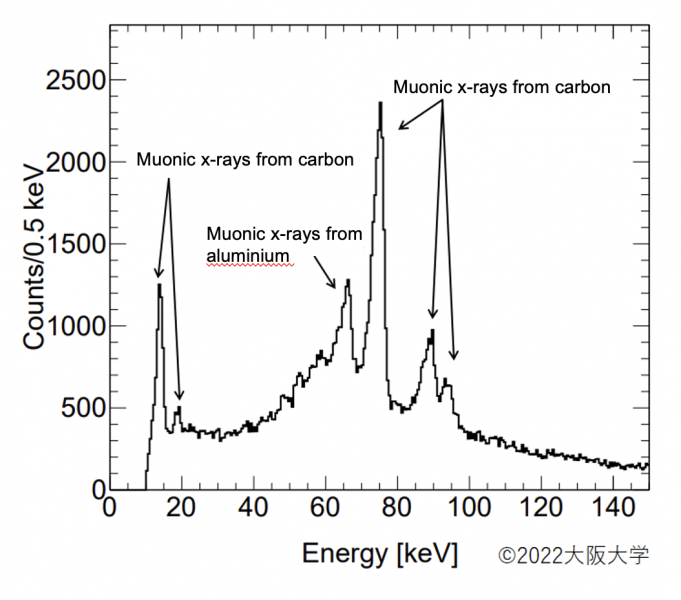