June 10, 2022
Kavli Institute for the Physics and Mathematics of the Universe (Kavli IPMU) 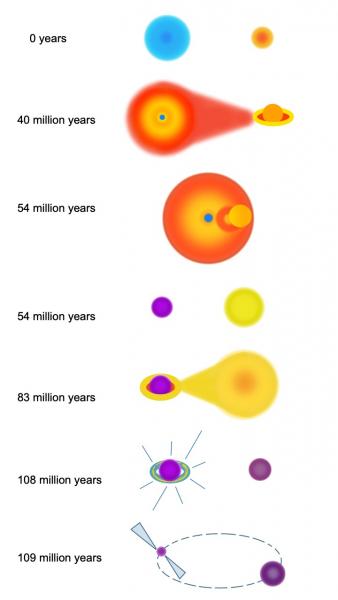 Old and fast spinning neutron stars called millisecond pulsars could be responsible for an unexplained signal from the center of our Milky Way, reports a team of astrophysicists in a new study published in Nature Astronomy.

Back in 2009, gamma-ray data from the Fermi-Large Area Telescope revealed an unexplained, apparently diffuse, signal from the center of the Milky Way. The origin of this “Galactic Center Excess” has been debated amongst researchers, with many suggesting some kind of self-annihilating dark matter.

However, recent studies have put forward evidence supporting the claim that this excess could have come from an astrophysical source.

Millisecond pulsars could also be responsible for the signal. If this were true, the Galactic Center Excess would be evidence of a new population of astrophysical sources in the center of the Galaxy which would help shed light on star formation history of our Milky Way.

Most discussions about the possibility of the millisecond pulsar interpretation has been based on a ‘recycling’ scenario, where an old neutron star, formed by a core-collapse supernova, builds up material from a binary companion, in an X-ray binary phase, and is spun up to millisecond periods.

A team of researchers including Oscar Macias, a former Kavli Institute for the Physics and Mathematics of the Universe (Kavli IPMU) Project Researcher (currently GRAPPA Fellow at the University of Amsterdam), focused on a millisecond pulsar formation channel which produces more than half of all millisecond pulsars called accretion induced collapse.

The researchers investigated an accretion-induced-collapse scenario where an oxygen-neon white dwarf acquires mass from its typically low mass binary companion through accretion up to the Chandrasekhar limit (~1.4 solar masses), subsequently collapsing to form a neutron star. During the collapse, the rotational angular momentum of the collapsing white dwarf is conserved, resulting in the formation of a neutron star spinning with, or close to, millisecond periods.

The researchers found the magnetic flux conservation during the white dwarf collapse leads to extremely high final neutron star magnetic field strength. However, just as in the conventional recycling scenarios involving core-collapse, neutron stars created via accretion-induced-collapse may also undergo further accretion from a binary companion star in a low-mass X-ray binary phase. Millisecond pulsars formed through this process do not receive any significant natal kick on birth as compared to natal kicks imparted to neutron stars resulting from core-collapse supernovae because of an asymmetrical explosion mechanism.

It is important to note that half of the approximately 300 currently known millisecond pulsars have been detected in globular clusters, which have shallow gravitational potentials, and have small escape velocities. But millisecond pulsars born through accretion-induced-collapse are likely to remain trapped in the bulge gravitational potential, allowing for a large population to build up over its history can explain the match between bulge stellar and Galactic center excess morphologies.

The model created by the researchers shows the integrated gamma-ray emission of a population of millisecond pulsars can explain both the spectrum and total luminosity of the Galactic center excess.

Interestingly, the researchers say millisecond pulsars could also explain other puzzles in high-energy astrophysics such as the gamma-ray signal from our closest neighbor galaxy, Andromeda.

Details of their study were published in Nature Astronomy on 28 April.