July 4, 2022
Kavli Institute for the Physics and Mathematics of the Universe (Kavli IPMU) 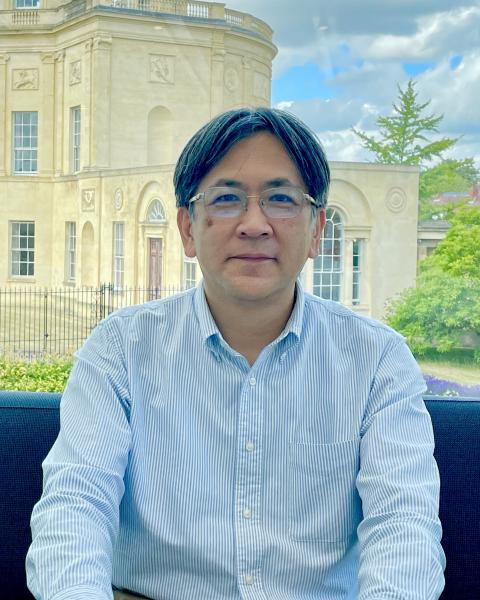 Hiraku Nakajima, Professor at the Kavli Institute for the Physics and Mathematics of the Universe (Kavli IPMU), has been elected the upcoming President of the International Mathematical Union (IMU), it was announced at the IMU general assembly on July 4, 2022.

The IMU was established in 1920, but was later dissolved, then re-established in 1951 when ten countries became members, including Japan. It is an international non-governmental and non-profit scientific organization, with the purpose of promoting international cooperation in mathematics. Currently, more than 80 countries are members. The IMU is famous for awarding scientific prizes deemed to be the highest distinction in mathematics, including the Fields Medals.

“It will be a delicate period to proceed international exchange. It is a big responsibility for me to serve as the president in such an occasion. I would like to run the IMU cooperating with mathematicians all over the world,” said Nakajima.

"The election of Professor Nakajima to the President of IMU is a significant recognition of his achievements and stature in mathematics. I applaud him for taking on this important responsibility and look forward to his leadership at IMU."

Nakajima has served on several IMU-related committees since 2006. He will take over as IMU President from 2023 and serve for four years.

About Hiraku Nakajima
Hiraku Nakajima received his PhD in Science from the University of Tokyo in 1991. He has since held research posts in Mathematics at the University of Tokyo, Tohoku University, and Kyoto University, before joining the Kavli Institute for the Physics and Mathematics of the Universe (Kavli IPMU) in 2018 as Principal Investigator. He is currently Professor at Kavli IPMU, and Professor Emeritus at Kyoto University. He has received several awards from mathematical societies in Japan and the USA, and was awarded the Asahi Prize in 2016.