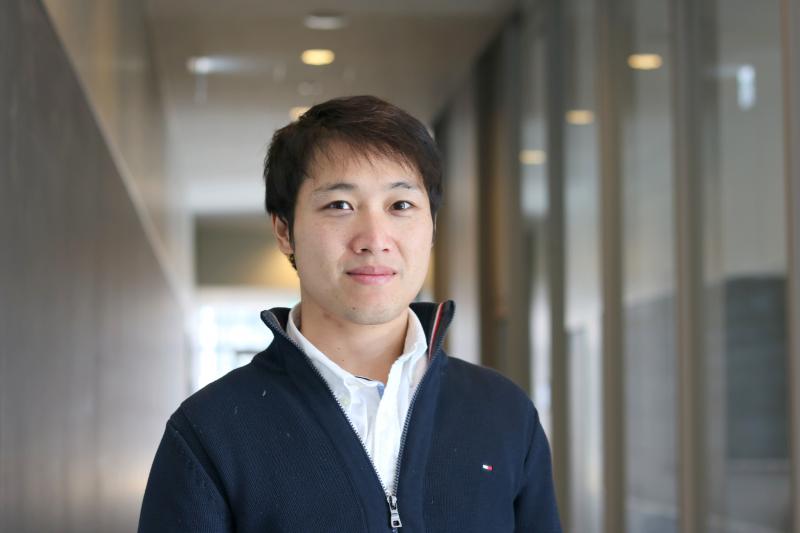 Firstly, did you always know you wanted to become a mathematician?
No, becoming an academic was probably the last thing on my mind at school.

I was good at studying. If you gave me a textbook I would be able to follow it quite easily. But understanding something and creating something are two entirely different things. So I might've been a smart person, but I didn’t think I was creative enough to think up new ideas.

To be honest, the reason why I chose mathematics at university was because it was the only course that didn't have laboratory work.

Another reason was I found that mathematics was the foundation to many careers, like engineering or fundamental sciences. So if I was eventually going to use mathematics, I thought it would be a better to study it first, rather than later. Today, areas like artificial intelligence might've been the obvious field to move into, but back when I was a student, finance was becoming the center of attention. So I decided to go in that direction and I started studying finance things like probability theory, I attended events, and applied for jobs.

But, I found it boring.

Then, one day I went to a lecture given by my future supervisor Professor Akishi Kato. Professor Kato was originally a string theorist who is now doing mathematical physics. On that day he talked about analytical mechanics – using variational calculus to find alternative, simple ways of expressing Newtonian mechanics. I remember thinking how elegant the equations were. It was at that point that I began to think that maybe studying mathematics at graduate school under Professor Kato might not be such a bad idea.

But up to that point I had never taken mathematics really seriously. I spent most of my time performing with the university orchestra and just enough time to pass my mathematics classes. But that lecture, I think was a turning point, and I began to study mathematics from sunrise to sunset, go to sleep, then start all over again. This went on for about two years. Really. My friends would invite me out to things and I would say no. Professor Kato told me much later that when I started working with him he was worried about whether I would be able cope with the material. But after he saw how much I was progressing he was convinced I would be able to get through it. And I did. I managed to catch up to the other mathematics students and I finished my Master's thesis.

He was a great mentor. Not only did he teach me mathematics, but he also taught me a lot about quantum field theory and physics.

Is your research now a continuation of your work from your graduate studies?
Fundamentally, yes. I have found that most of the mathematicians at Kavli IPMU lean towards physics. Not only that, but all the experts in mathematics of physics are here in this building, which I find amazing. Professor (Yukinobu) Toda works in an area closely related to mine. The work that (Principal Investigator Alexey) Bondal has done is the foundation to a lot of my work. I even get to have discussions with researchers like (Associate Professor) Todor (Milanov).

Do you feel like the Kavli IPMU has provided you with an environment that has helped progressed your research?
For my field, yes. I do find that the Kavli IPMU is a really good place to work.

Is this your main project now?
No, I focus more on Bridgeland stability conditions. That's been my main research area since my doctorate studies.

Where did this idea of Bridgeland stability conditions come from?
It started in string theory. In string theory, there are these things called D-branes. Whether or not these D-branes are in a stable condition or not can have a significant meaning in physics. For example, a ball lying stationary at the bottom of a ball, or a hydrogen atom with the electron moving as close as it can around the proton. This is a stable condition, or a ground state. Most things try to achieve a ground state, which is what makes it so important to study what makes an object stable.

Then around 2000, a researcher called Michael Douglas began to question the stability conditions of D-branes in string theory.

How do you study stability conditions?
In general there are two ways to do this. The first way is to begin by writing out a stability condition, and studying the objects in a category that are stable according to that condition. Now change the condition and see whether the object that started off as stable is unstable now or not. Moreover, you might also find that objects that were previously unstable, are now stable under the new condition you have set.

My work has connections with work that was done years ago, such as Saito sensei's work on primitive form theory that was published more than 30 years ago. It's these connections between relatively new research and older research that make my work interesting.

Bridgeland stability is an important part of mirror symmetry, but saying so is easier than proving so mathematically.

Is it simply a matter of time? Or is there something else that needs to be improved before an answer can be found?
Time is a factor, but there are also a number of mathematical components that are not quite developed yet. The mathematical technology that was developed 10 years ago is helping me to do my research and get results today. I think with more advances in the technology, it will become clearer what the answer will be, and I’m one of many people who are trying to develop that mathematical technology.