May 24, 2019
Kavli Institute for the Physics and Mathematics of the Universe (Kavli IPMU) 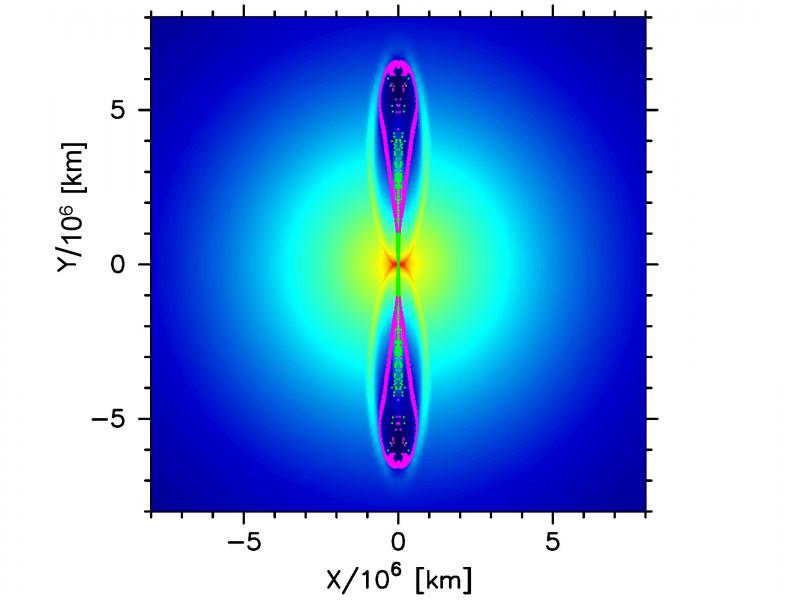 The first stars in the Universe may have exploded asymmetrically, rather than spherically as previously assumed, reports a new study by an international team of researchers.

To date it has been assumed that the first stars in the Universe were immense, short-lived fireballs of hydrogen and helium gas that exploded as spherical supernovae. 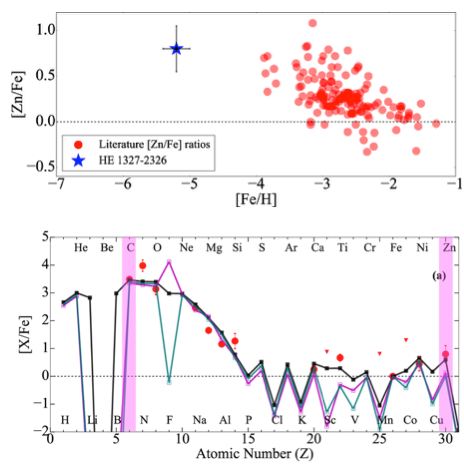 However, a team of astronomers, including Senior Scientist Ken'ichi Nomoto, (at the time) Project Researcher Miho Ishigaki, and Visiting Scientist Nozomu Tominaga from the Kavli Institute for the Physics and Mathematics of the Universe (Kavli IPMU), along with National Astronomical Observatory of Japan Associate Professor Wako Aoki, have found an large abundance of zinc in HE 1327-2326, an ancient, second generation star. The abundance of zinc could only be explained if a first star had exploded asymmetrically, ejecting heavy elements into a neighboring galaxy, which then gave birth to second generation stars.

The US side of the team had originally observed HE 1327-2326 in May 2016, while using NASA's Hubble Space telescope to record starlight over multiple objects. Then they measured the abundances in various elements within the star using the telescope's Cosmic Origins Spectrograph.

After finding a large abundance in zinc, the Japanese team, who specialize in developing simulations of supernovae and the secondary stars that form in their aftermath, constructed a theoretical explanation. Following more than 10,000 simulations of supernovae, each with different explosion energies, configurations, and other parameters, the only simulations that could explain the star's make up was of an aspherical, jet-ejecting supernova of a first star.

The team’s results may shift scientists’ understanding of reionization, a pivotal period during which the gas in the universe morphed from being completely neutral, to ionized — a state that made it possible for galaxies to take shape.

This work was published in the Astrophysical Journal on May 8.

Click here to view the press release from MIT.